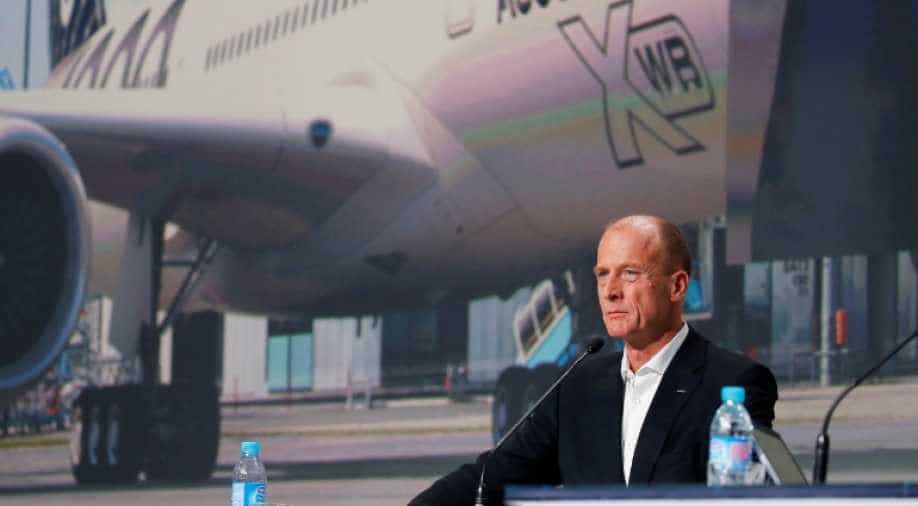 'The UK's aerospace sector now stands at the precipice,' Enders said in a video released on Airbus' website.

Airbus warned on Thursday it could shift future wing-building out of Britain in the absence of a smooth exit from the European Union, predicting "potentially very harmful decisions" for its British operations in the event of a 'no-deal' Brexit.

In a direct appeal to Britain's divided parliament to avoid such an outcome, Chief Executive Tom Enders acknowledged there would be no immediate change in its industrial presence, but issued his sharpest warning yet that future jobs are at risk.

"The UK's aerospace sector now stands at the precipice," Enders said in a video released on Airbus' website.

"If there is a no-deal Brexit, we at Airbus will have to make potentially very harmful decisions for the UK."

The world's second-largest aerospace group employs 14,000 people in Britain, including 6,000 at its main wings factory at Broughton, Wales, and 3,000 in Filton, western England, where wings are designed and supported.

Critics of previous warnings by Airbus have cast doubt on whether the France-based group would move significant operations out of Britain, arguing Broughton is an efficient factory and that the case for staying is buoyed by a weak sterling.

German-born Enders insisted Airbus was not bluffing, adopting a more partisan tone than in previous statements.

"Please don’t listen to the Brexiteers’ madness which asserts that, because we have huge plants here, we will not move and we will always be here. They are wrong," he said.

"Of course, it is not possible to pick up and move our large UK factories to other parts of the world immediately. However, aerospace is a long-term business and we could be forced to re-direct future investments in the event of a no-deal Brexit. And make no mistake there are plenty of countries out there who would love to build the wings for Airbus aircraft."