After US, now Britain to send multiple-launch rocket systems to Ukraine 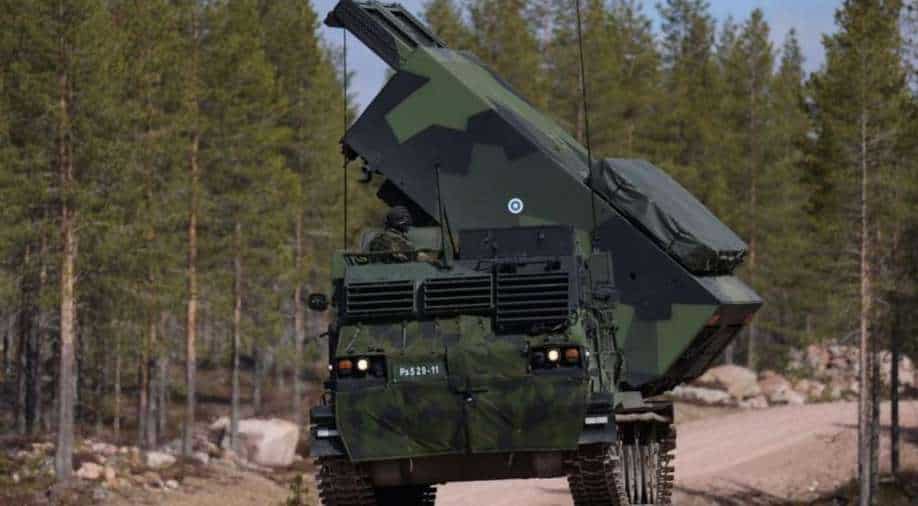 Britain will also train Ukrainian troops on how to use the new launchers in the UK, the government further said. Earlier, Russian President Vladimir Putin on Sunday (June 5) vowed to strike harder if longer-range missiles were supplied to Ukraine

In continued support to Ukraine against Russian invasion, Britain is going to send multiple-launch rocket systems to Kyiv, UK government officials said on Monday. This rocket system can strike targets, which are up to 80 km away, media reports said. As Russia's tactics has evolved, the Britain's support for Ukraine is also changing, Defence Secretary Ben Wallace said, while talking about the announcement of the proposed shipment of the M270 multiple-launch systems to Ukraine. In a statement, Wallace said, "These highly capable multiple-launch rocket systems will enable our Ukrainian friends to better protect themselves against the brutal use of long-range artillery, which (Russian President Vladimir) Putin's forces have used indiscriminately to flatten cities."

Not just this, Britain will also train Ukrainian troops on how to use the new launchers in the UK, the government further said.

Slamming the West for "prolonging the conflict," Putin boasted that Russian anti-aircraft forces have shot down dozens of Ukrainian weapons and are "cracking them like nuts." Putin was quoted as saying in an excerpt of an interview with Rossiya-1 state television channel that if the United States started supplying Ukraine with longer-range missiles, "we will strike at those targets which we have not yet been hitting."

"We understand that this supply (of advance rocket systems) from the United States and some other countries is meant to make up for the losses of this military equipment," Putin said. "This is nothing new. It doesn't change anything in essence," he added.

To strike troops and weapons stockpiles at the Russian forces' rear, Ukraine has been seeking Multiple Rocket Launch Systems (MLRS) such as the M270 and M142 HIMARS, which is a mobile unit that can simultaneously launch multiple precision-guided missiles up to 80 kilometres (50 miles) away.

After receiving assurances from Kyiv that it would not use them to hit targets inside Russia, US President Joe Biden announced plans this week to give Ukraine precision HIMARS rocket systems.