After firing one, Trump on collision course with new FBI director 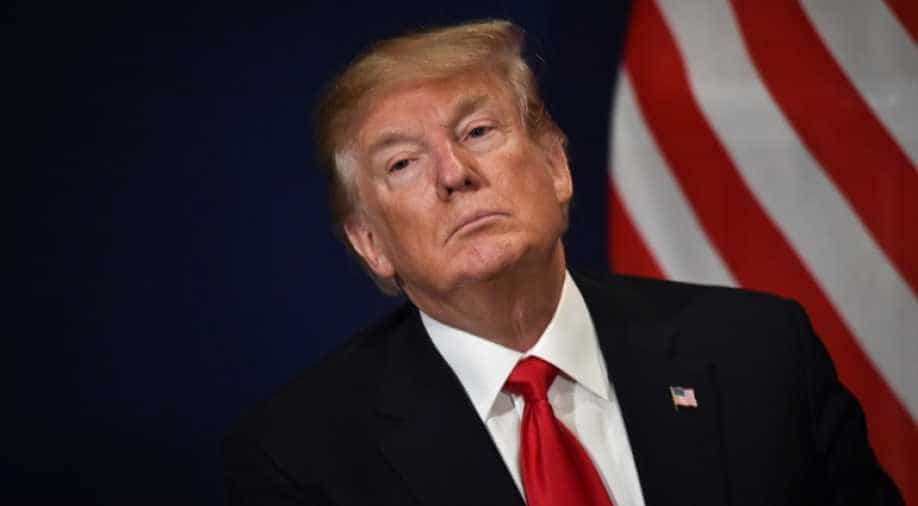 The four-page memo reportedly reveals abuse at the FBI and Justice Department in connection with surveillance of a member of Trump's 2016 presidential campaign who had ties to Russia. Photograph:(AFP)
Follow Us

FBI Director Christopher Wray was hand-picked by Donald Trump to head a law enforcement agency the US president believed was biased against him.

Now, just six months into his tenure, the 50-year-old Wray finds himself on a collision course with a president who has already fired one FBI director.

CNN reported Thursday that Wray could quit if Trump goes ahead and approves the release of a secret memo at the center of a political firestorm in Washington.

The four-page memo reportedly reveals abuse at the FBI and Justice Department in connection with surveillance of a member of Trump's 2016 presidential campaign who had ties to Russia.

Wray's FBI, in an unusual public statement Wednesday, expressed concerns about the document, drafted by the staff of Devin Nunes, the Republican chairman of the House Intelligence Committee.

"We have grave concerns about material omissions of fact that fundamentally impact the memo's accuracy," the FBI said.

While the statement was unsigned, it was clear that it would not have been issued without a green light from the new FBI director.

Wray has mostly flown under the radar since replacing the fired Comey as head of the 30,000-strong Federal Bureau of Investigation, which has been the target of Trump's ire ever since taking office.

Wray was overwhelmingly confirmed by the US Senate in August, three months after Trump sacked Comey amid an FBI probe into whether members of Trump's campaign had colluded with Russia to get him elected.

That investigation, which Trump has denounced as a "witch hunt," is now in the hands of special counsel Robert Mueller, himself a former FBI director.

Democratic lawmakers are claiming the Intelligence Committee memo is part of a broader campaign aimed at discrediting the Mueller probe and protecting Trump.

'Strict independence'
Wray was confirmed by a 92-5 vote, winning bipartisan backing after telling lawmakers he would resign rather than bow to political interference.

"There is only one right way to do this job, and that is with strict independence," he told the Senate Judiciary Committee during his confirmation hearing.

"You can't do a job like this without being prepared to either quit or be fired at a moment's notice you're asked to do something or confronted with something that is either illegal, unconstitutional or even morally repugnant," Wray said.

He was executive editor of the Yale Law Journal and obtained a law degree from the university in 1992.

Wray mostly oversaw fraud investigations, including that of Enron, the Texas energy firm that imploded with billions of dollars of losses.

No pulling punches
In 2005, Wray resigned and went into private practice as a partner at the law firm King & Spalding.

Wray's pledge to act independently is being tested now but his standoff with the White House is not his first encounter with political pressure.

When aides to president George W. Bush tried to take advantage of Ashcroft's illness to push through an extension of a controversial warrantless eavesdropping program, Wray, Comey and then-FBI director Mueller put their jobs on the line and opposed the move.

During his confirmation hearing, Wray also told senators not to be fooled by his soft-spoken manner.

"I've heard many people describe me as understated and low key," he said. "No one should mistake my low-key demeanor as a lack of resolve.

"Anybody who thinks that I would be pulling punches as the FBI director sure doesn't know me very well."