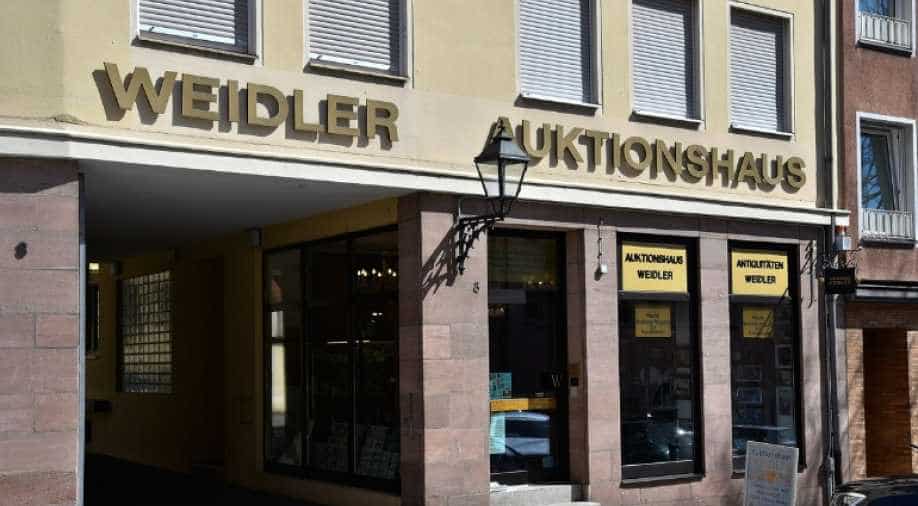 Outside view of the auction house Weidler in Nuremberg, Germany. Photograph:( Agencia EFE )

The institution said that the sale did not run the risk of attracting far-right customers saying that 'those interested would be collectors of art,' a spokesperson for the Weidler said.

Five watercolour canvasses attributed to Adolf Hitler, the head of Germany’s Nazi party leading up to and during World War II, have failed to sell at auction, the Weidler auction house said on Sunday.

The Nuremberg-based auction house, in the north of Germany's Bavaria region, announced a “Special Adolf Hitler Auction” that included various objects the Nazi leader owned as well as five paintings bearing his signature.

The mayor of Nuremberg, Ullrich Mally, had criticized the auction saying it was in "bad taste."

The institution said that the sale did not run the risk of attracting far-right customers saying that “those interested would be collectors of art,” a spokesperson for the Weidler said.

The five Hitler watercolours the auction house had included in the lot had been expected to fetch anywhere between 19,000 and 45,000 euros, but they failed to sell.

One the objects that allegedly belonged to Hitler, a table-cloth, sold for 630 euros ($714), and a porcelain jug with a detail of a yacht, fetched 5,500 euros.

Both items were sold to foreign buyers who were bidding in writing and over the phone from outside of Germany.

Originally the lot included around two dozen watercolour paintings that had been attributed to the Nazi leader but when doubts arose concerning their providence and authorship the auction house removed them from the sale.

German prosecutors on Thursday seized some 63 paintings from the Weidler bearing Hitler's initials or signature on the grounds they were thought to be forgeries.

The seized canvasses included several that were not intended to be sold at the Sunday auction.

The far-right Austrian was an avid amateur painter, and the sale of his works continues to spark both interest and outrage in equal measure.

Hitler's Nazi Germany persecuted dissidents and the Jewish community in Germany and beyond with a policy of genocide that murdered some 6million people.

It is thought between 15 and 20 million people were imprisoned or died in Nazi concentration and extermination camps between 1933-1945.

The auction took place in the German city that hosted the trials of leading Nazi war criminals between 1945 and 1946 after Germany lost World War II.