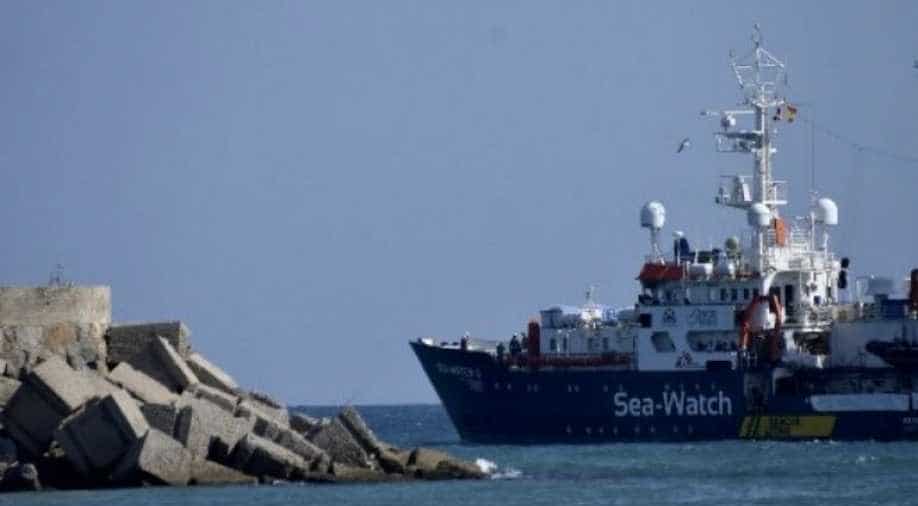 After an inspection on the safety of the vessel to operate in high seas, Italian authorities placed the ship under an administrative blockade, said the German activist groups Sea-Watch and United4Rescue, as well as Doctors without Borders.

It is currently docked in Palermo in southern Italy.

The move comes as Italy has been struggling in recent months with daily arrivals of hundreds of migrants from North Africa, a task complicated by security measures imposed under the coronavirus crisis.

Inspectors made their decision after finding too many life jackets on board for a ship which has a sewage system that is unsuitable for the potential number of people rescued, said the groups.

"The flimsy justifications show once again that this was not an inspection serving the purpose of ship safety, but a systematic move to prevent civil sea rescue operations in the Central Mediterranean," said Philipp Hahn, Head of Mission on Sea-Watch 4.

"Even though the responsible authorities have asked us to assist in rescue operations, they are now blocking yet another rescue vessel."

Migrant rescue groups have repeatedly clashed with Italian authorities over their operations.

Italy has come under fire in the past for refusing to allow private vessels carrying migrants to dock -- former interior minister Matteo Salvini is facing a trial for illegally detaining migrants at sea.

However, Italy has authorised the arrival of charity ships since it signed a deal with France, Germany, and Malta last September.

The deal stipulates participants must voluntarily take in a share of asylum-seekers rescued from overcrowded boats in the Mediterranean.

Over the past five years, at least 19,164 migrants have died in the Mediterranean, the deadliest route for migrants attempting the perilous crossing from North Africa to Italy.