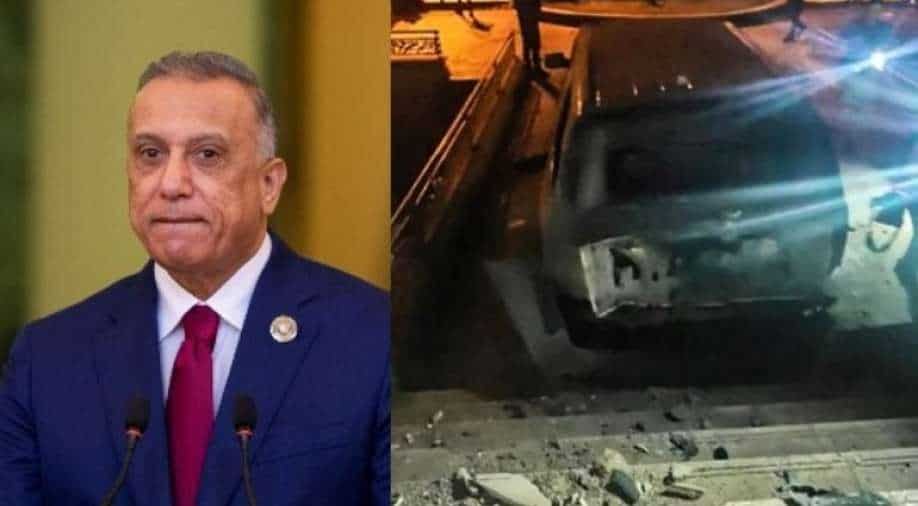 After the assassination attempt on the Iraqi Prime Minister, officials boosted security around Baghdad's Green Zone which also hosts the US embassy including several foreign embassies.

The US called the drone attack on Iraq Prime Minister Mustafa al-Kadhimi as an "apparent act of terrorism".

The attack had taken place at Iraqi PM's high-security residence in Baghdad's Green Zone as the government said it was a "failed assassination attempt".

Iraqi security forces boosted security around the area which also hosts the US embassy including several foreign embassies.

"We are relieved to learn the prime minister was unharmed. This apparent act of terrorism, which we strongly condemn, was directed at the heart of the Iraqi state," Ned Price, State Department spokesman said.

The US has offered assistance to investigate the attack. No group has claimed responsibility for the attack for far.

Reports say three drones were used during the attack on the Iraqi prime minister and two were reportedly shot down. Kadhimi, 54, later conducted a meeting with security commanders to discuss the drone attack.

The Iraqi prime minister later emerged in a video message in which he said: "My residence has been the target of a cowardly assault. Praise God, I am fine."

Saudi Arabia condemned the "cowardly terrorist act" including Iran as it urged "vigilance to foil plots aimed at the security and development" of Iraq.