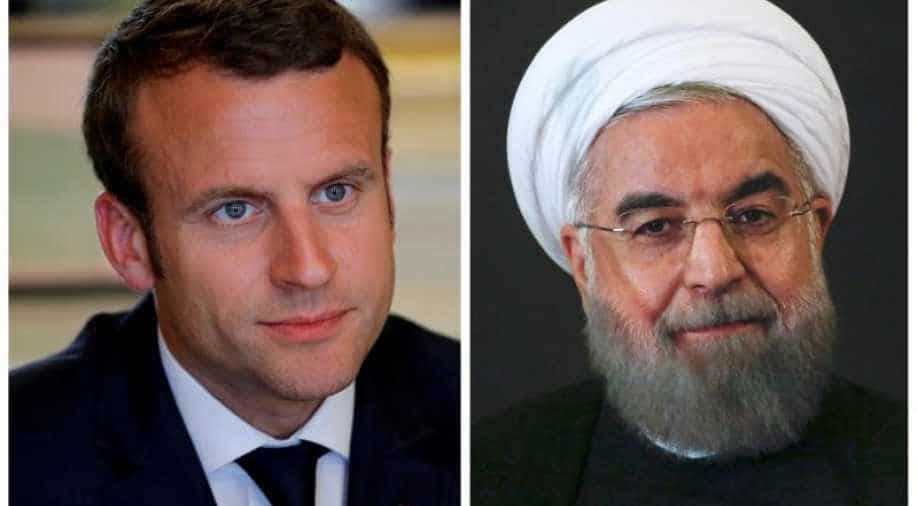 Russian President Vladimir Putin and French leader Emmanuel Macron agreed on the need to "consolidate efforts" to save the Iran nuclear deal.

Iran's President Hassan Rouhani urged Europe on Thursday to "accelerate" its efforts to salvage the 2015 nuclear deal, during a phone call with French President Emmanuel Macron.

"Europe must accelerate its efforts to realise Iran's legitimate interests and bring about a ceasefire (in Washington's) economic war" against Iran, Rouhani told Macron, according to the government's official website.

"Iran is determined to keep open all options" for preserving the landmark treaty, he added.

Meanwhile, Russian President Vladimir Putin and French leader Emmanuel Macron agreed on Thursday on the need to "consolidate efforts" to save the Iran nuclear deal following months of soaring tensions, the Kremlin said.

In a phone call, Putin and Macron agreed the Iran deal known as the Joint Comprehensive Plan of Action (JCPOA) was an "important factor in ensuring security in the Middle East and maintaining a non-proliferation regime," the Kremlin said in a statement.

"Both sides stressed the advisability of consolidating efforts of all countries that are interested in preserving the Comprehensive Plan," it added.

US President Donald Trump last year withdrew from the accord negotiated by his predecessor Barack Obama with five other world powers under which Iran drastically scaled back its nuclear programme.

In Germany, Russian Foreign Minister Sergei Lavrov said "it would be a mistake to blame" Iran for the situation.

He said it was very important to reach "a common position of all the remaining parties of the JCPOA ... and we will not achieve a result if it is claimed that the safeguarding of this agreement depends solely on Iran".

His German counterpart Heiko Maas said that "we have always made it clear that we do not understand the exit of the United States from the JCPOA".

He added that "we expect Iran to respect its commitments - what has happened in recent days in Tehran is not acceptable".

Putin and Macron also discussed ways to settle a separatist conflict in Ukraine as the country is set to hold parliamentary elections on Sunday.