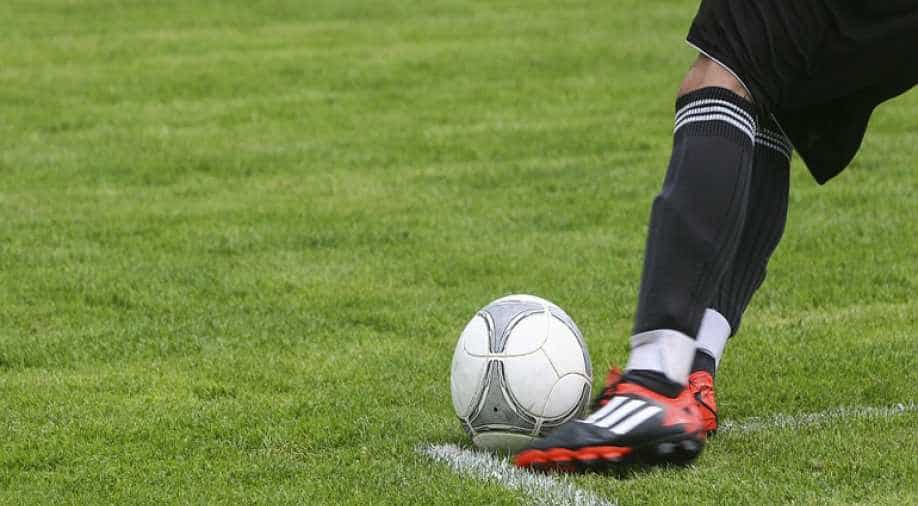 On Tuesday, Barry Bennell, who was a talent spotter at Crewe Alexandra and a coach at Manchester City, was charged with eight historical sex offences against a 14-year-old boy. Photograph:( Getty )

Lifting the lid off what could be the worst pedophile scandals Britain has ever seen, the British police have revealed that about 350 people came forward to report on sexual abuse within the UK football community,

The figures, including referrals to a specially set up helpline by the National Society for the Prevention of Cruelty to Children (NSPCC) charity, were released on Thursday, reported BBC.

NSPCC said that it received staggering 860 calls in its first week. "We've had a staggering surge in calls to our football helpline which reveals the worrying extent of abuse that had been going on within the sport," said Peter Wanless, NSPCC chief executive.

Andy Woodward, a player of the lower divisions in English soccer, said he was molested by a youth team coach when he was boy. The revelations he made in an interview to the Guardian two weeks ago prompted 20 other former professionals coming forward alleging abuse in their youth.

"My life has been ruined until the age of 43," Woodward, a former Crewe player, said. "We've seen with the Jimmy Savile case how people have had the courage, yet I'd say within the football world it's even harder to speak out."

This massive soccer pedophilia scandal is being compared to the one perpetrated by Sir Jimmy Savile, a high-profile BBC television personality who abused hundreds of youths over six decades, including disabled children. The shocking revelations come two days after former Manchester city coach, Barry Bennell, was charged with eight counts of sexual abuse against a 14-year-old.

Among the former players who waived a legal right to anonymity to tell their stories are former Manchester City player David White, who won an England cap, and another ex-England striker Paul Stewart, who had a successful career at Manchester City, Tottenham Hotspur and Liverpool.

"My belief is that there's hundreds," a tearful Stewart told BBC TV last week, saying he believed the scandal would prove to be worse than the Savile revelations. "The access to the children at sport level is very easy and it's perfect ground for (child abusers) to prey."

Football Association chief executive Martin Glenn said they have launched an internal review into what he called could be one of the sport's “biggest crises”, but also said that he thought it was unlikely that there had been any attempt to “cover-up” child sexual abuse in the game.

"If the FA have made errors, we will own up to them as must the rest of football if avoidable errors have been made," Martin Glenn, the FA Chief Executive told reporters on Thursday.

Meanwhile, the NSPCC has not ruled out suggestions the abuse is still ongoing. "It would be naive to assume that all of the concerns that are being disclosed and being talked about are in the past," said Jon Brown, the NSPCC lead on tackling sexual abuse.