A ‘masculinity crisis’? China says the boys are not all right. 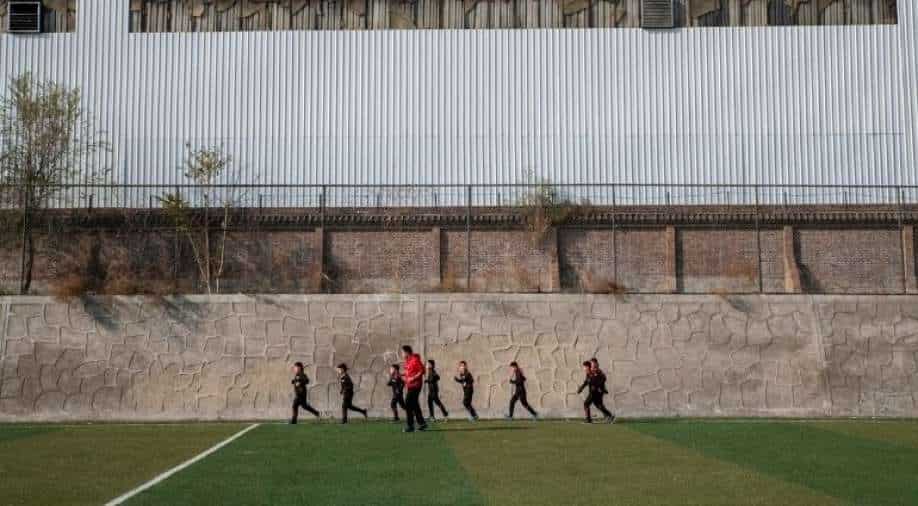 FILE -- An after-school training program in Beijing on Nov. 11, 2018, aimed at correcting a perceived "lack of masculinity" among boys. The Education Ministry plans to beef up gym classes after a top official said female teachers and pop culture had made boys "weak, inferior and timid." (Gilles Sabrie ©️ 2021 The New York Times) Photograph:( The New York Times )

In recent years, as the country has sought to bolster its military and reckon with pampered children, mostly boys, born under its one-child policy, a more stringent idea of masculinity has emerged

Government officials in China believe that boys are getting more effeminate and want to toughen them up.

In the latest attempt to tackle what academics and news outlets call a “masculinity crisis,” the Education Ministry has proposed emphasizing the “spirit of yang,” or male attributes, by hiring more sports instructors and redesigning physical education classes in elementary and secondary schools.

The plan, a response to a top official’s call to “prevent the feminization of male youths,” was released last week. It included no timeline and few other details, but it prompted an outcry online and is still stirring fierce debate on social media. One hashtag has been viewed 1.5 billion times on Weibo, a popular microblogging platform.

Some social media users expressed support for the proposal, with one writing, “It’s hard to imagine such effeminate boys can defend their country when an outside invasion looms.” But others saw evidence of sexual discrimination and the perpetuation of gender stereotypes.

Even state news media seemed to question the ministry’s proposal. CCTV, the state broadcaster, wrote on its Weibo account Saturday: “Education is not simply about cultivating ‘men’ and ‘women.’ It’s more important to develop a willingness to take responsibility.”

In recent years, as the country has sought to bolster its military and reckon with pampered children, mostly boys, born under its one-child policy, a more stringent idea of masculinity has emerged. Television censors have blurred the pierced ears of male pop stars. Well-groomed actors have been publicly derided as “little fresh meat,” and parents have enrolled boys in boot camps, hoping they will become “real men.”

The Education Ministry’s plan is in response to a proposal made in May by Si Zefu, a top delegate of the Chinese People’s Political Consultative Conference Standing Committee. Called a “Proposal to Prevent the Feminization of Male Youths,” Si’s proposal said that “many, many more” men should be hired as physical education teachers to exert a “masculine influence” in schools.

In a statement, Si said the prevalence of female teachers in kindergartens and elementary schools and the popularity of “pretty boys” in pop culture had made boys “weak, inferior and timid.” He also lamented that boys no longer wanted to become war heroes, warning that such a trend could endanger the Chinese people.

Mark Ma, an 18-year-old high school student in Shenzhen, said that he welcomed an overhaul of physical education but didn’t think it would have a huge effect in shaping masculinity.

“Physical education at the junior high level definitely needs to be improved because a lot of people don’t care about this. They only care about academics,” he said. “I remember a lot of classmates sitting on the sidelines during PE lessons, doing their homework.”

He added that he did not believe that “physical education teachers are highly valued in schools; these new policies and better benefits may attract more people to this field.”

As for engendering “the spirit of yang” in boys, he said, “I think the main focus of this is about increasing physical strength, and what they mean by ‘masculinity’ is unclear.” He added: “I think it’s more important to come from one’s upbringing and daily habits. I personally don’t think using this label will have much effect on physical education habits.”

While the Education Ministry’s new plan did not explicitly propose different treatment for boys and girls, educators like Liu Wenli, a professor at Beijing Normal University and an expert in health and sex education, see some perils. Liu said that even the reference to “feminization of male youths” could lead to more bullying of students because of their gender expression, identity or sexual orientation.

While some Chinese high schools separate students based on physical ability and others allow them to choose their sports classes, most physical education classes at the elementary level are mixed. But fitness classes are increasingly seen by officials as a solution to the perceived problem of weak boys.

Chunxiao Li, a university researcher who studies inclusive physical education, said by telephone Thursday that it was important to create an inclusive environment.

“Overly emphasizing masculinity, femininity or physical disabilities is actually detrimental to society’s diversity and inclusivity,” he said. “It can create a label or a stereotype.”

Li said that, in the end, physical education teachers should instead focus on developing a well-rounded student.