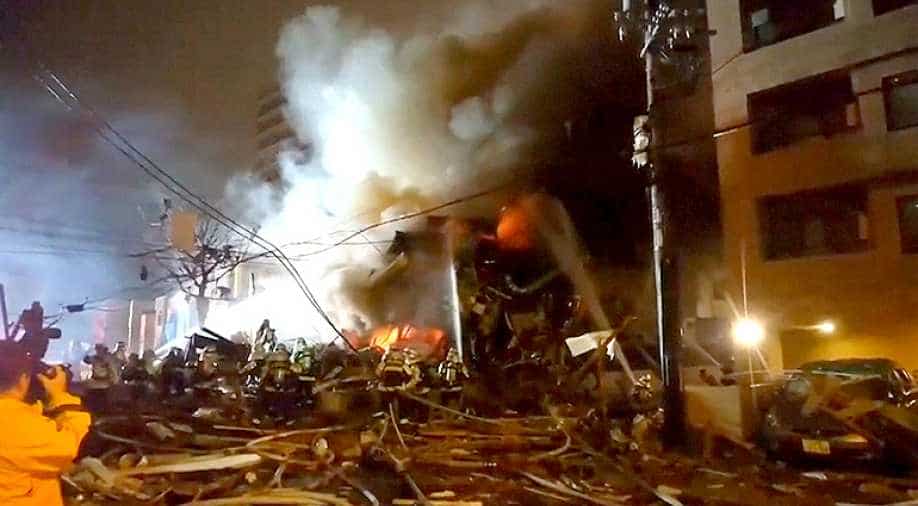 The cause of the blast was still under investigation, police said. One witness reportedly said he had smelled gas after the explosion.

Images from the scene showed large flames and plumes of smoke rising in the night air after the blast in the northern city of Sapporo.

The cause of the blast was still under investigation, police said. One witness reportedly said he had smelled gas after the explosion.

A police official for the Hokkaido region told AFP "there are 42 injuries" but no one was killed.

The Jiji Press agency said one of the injured was seriously hurt, suffering burns to his face, but none of the victims had life-threatening wounds.

Several children were reportedly among those hurt in the explosion, which hit in the city's Toyohira district.

"I heard a 'bang,' which sounded like thunder, and my condo was shaken," a man in his 50s who lived nearby told The Japan Times.

The building that housed the restaurant was heavily damaged, as were other nearby businesses, including a real estate company, Jiji said.

National broadcaster NHK said it took firefighters several hours to extinguish the flames, with dozens of vehicles mobilised to deal with the accident.

Police had initially warned of the possibility of secondary explosions, according to Kyodo, which described buildings collapsing following the incident around 8.30 pm.

The city government had opened at shelter to house dozens of people whose homes were damaged in the blast.