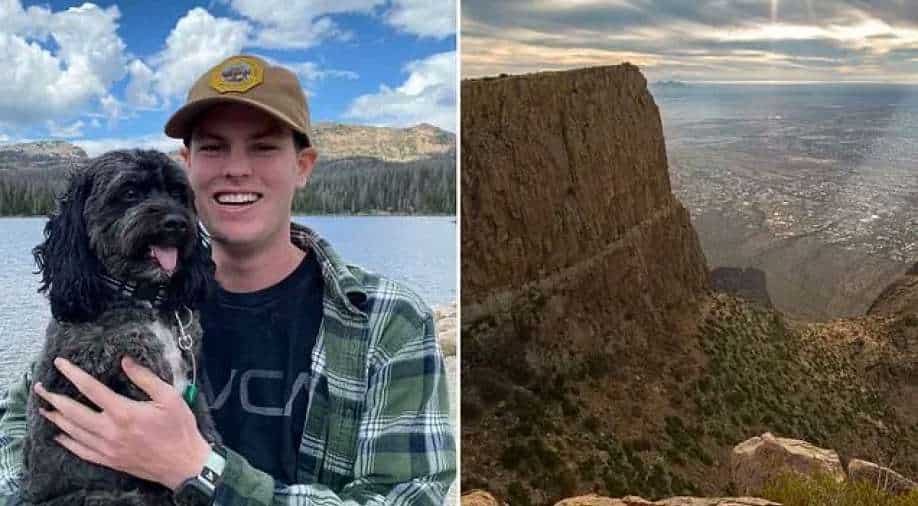 After the call, Arizona Department of Public Safety sent out a helicopter to carry forward the late-night rescue effort

A 21-year-old hiker named Richard Jacobson died after he slipped from the top of an Arizona mountain while taking a selfie. His body was recovered after a fellow hiking companion called 911 at 12:45 am on Monday.

After the call, Arizona Department of Public Safety sent out a helicopter to carry forward the late-night rescue effort.

Sergeant Doug Peoble with Pinal County Sheriff's Office Search and Rescue, while speaking to local media said, "Mr. Jacobson went to go take a photograph with himself and the city skyline in the background, and he lost his footing, and he slipped, and he fell."

He further added, "I can tell you that during our investigation, there were no signs of foul play. No signs of drug use whatsoever. It was just a very tragic accident."

His body was found nearly 700 feet below where the hikers were camping.

Andrew Thomas, who accompanied Jacobsen on a four-month mission trip in Richland while speaking to the Daily Mail said that Jacobson was very easy to get along with and he treated everyone with respect.

"He really was one of those guys that everyone loved, and it's sad to lose him, but we know that it's not the end," said Thomas.

He further added, "He was an outdoorsman, hunter, hiker. He did stuff like that, so I guess he did die doing what he loved to do, just in a tragic way."

This is not the first time a person has died while attempting to take a selfie.

A study published in the Journal of Family Medicine and Primary Care reveals that a total of 259 people died taking selfies between the years 2011-2017.

Earlier, a California woman nearly died when she fell from 60 feet while she was trying to take a selfie from the top of a bridge.