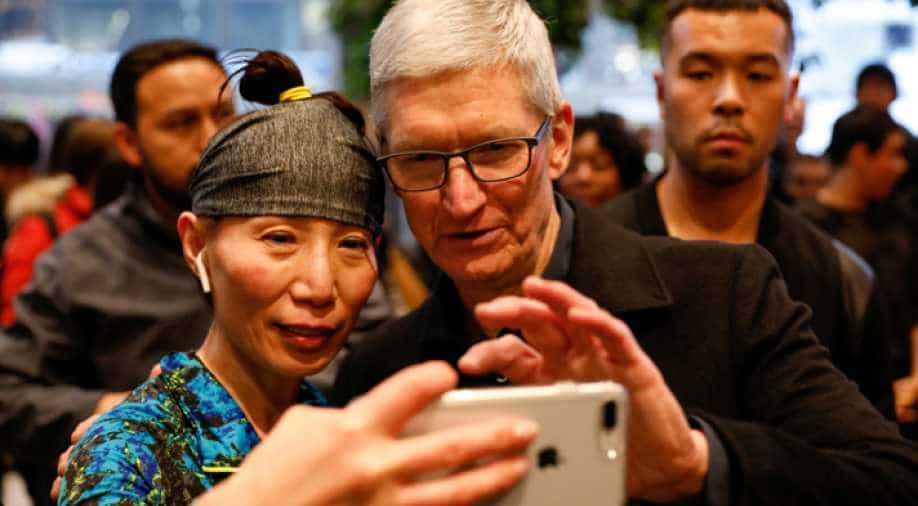 Cook had not previously publicly commented on the company's $1 trillion valuation.

Chief Executive Tim Cook said on Thursday that the iPhone maker's $1 trillion market capitalisation was "not the most important measure" of the company's success but was instead a result of its focus on its products, customers and company values.

In a memo to Apple's more than 120,000 employees that was seen by Reuters, Cook called the valuation a "significant milestone" that gave the company "much to be proud of." But he said it should not be the Cupertino, California, company's focus.

"Financial returns are simply the result of Apple’s innovation, putting our products and customers first, and always staying true to our values," Cook said in the memo.

With a closing price of $207.39 on Thursday, Apple became the first publicly listed US company to ever reach $1 trillion in market capitalisation. Apple's stock market value is greater than the combined capitalization of Exxon Mobil, Procter & Gamble and AT&T. It now accounts for 4 per cent of the S&P 500.

Cook had not previously publicly commented on the company's $1 trillion valuation.

Apple was founded in the late 1970s by Steve Jobs and went public in 1980 after helping usher in the era of the personal computer. One of three founders, Jobs was driven out of Apple in the mid-1980s, only to return a decade later and rescue the computer company from near bankruptcy.

In the two decades since, Apple has risen to become the most valuable company in the world by helping popularise yet another era in computing, the smartphone. The iPhone, introduced by Jobs in 2007, has sold more than one billion units. In his memo, Cook referred back to Jobs, who died in 2011.

"Steve founded Apple on the belief that the power of human creativity can solve even the biggest challenges — and that the people who are crazy enough to think they can change the world are the ones who do," Cook wrote in the memo.

"Just as Steve always did in moments like this, we should all look forward to Apple’s bright future and the great work we’ll do together."