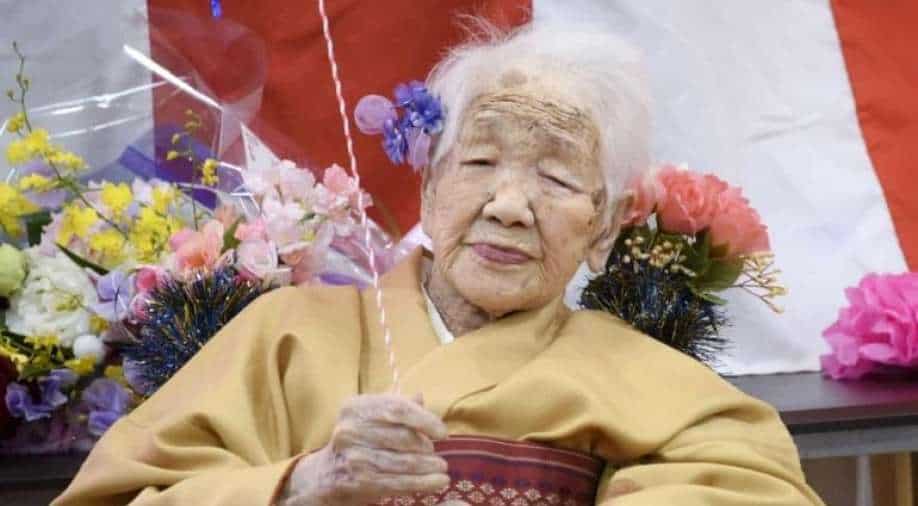 Tanaka was born on 2 January 1903, the year when the Wright brothers launched humanity's first powered flight

Kane Tanaka has extended her record as the world’s oldest person by celebrating her 119th birthday at a nursing home in Fukuoka in southern Japan.

Tanaka marked her birthday with a party along with staff and friends at the nursing home, television footage from local broadcaster TVQ Kyushu Broadcasting Co showed.

Eiji, Tanaka's 62-year-old grandson, said he hoped that she remains “healthy and has fun everyday as she grows older.”

Tanaka’s record age is symbolic of Japan’s fast-ageing population, which coupled with its falling birthrate is raising concerns about labor shortages and prospects for future economic growth.

The number of babies born in Japan fell an estimated 5.9 per cent last year to fewer than 900,000 for the first time since the government started compiling data in 1899, according to Japan’s welfare ministry.

Tanaka was born on 2 January 1903, the year when the Wright brothers launched humanity's first powered flight, according to Guinness.

She married Hideo Tanaka in 1922, giving birth to four children and adopting a fifth.

Kane normally wakes each morning at 6 am and passes the afternoons by studying mathematics and practicing calligraphy.

"One of Kane's favourite pastimes is a game of Othello and she's become an expert at the classic board game, often beating rest-home staff," Guinness said.