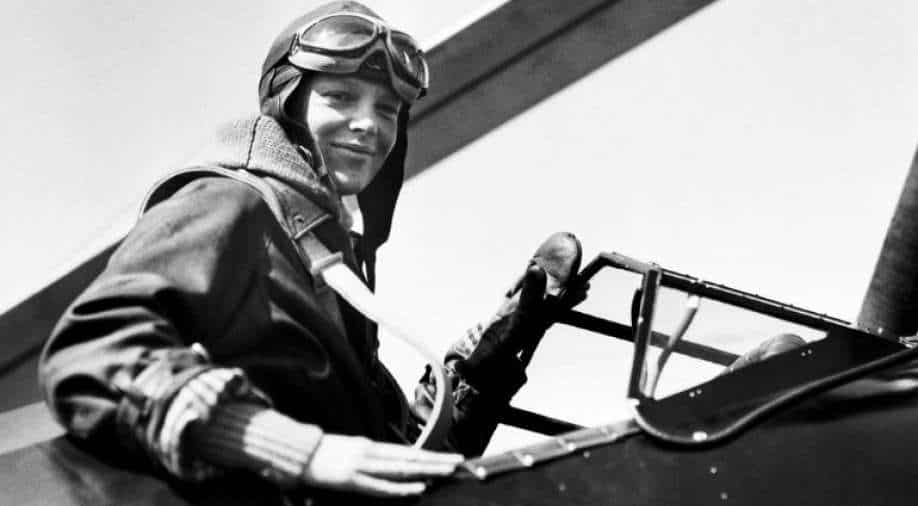 Famed aviatrix Amelia Earhart is pictured with her Lockheed Electra10E, wearing a jaunty leather helmet or flight cap, before her ill-fated quest to fly around the world  Photograph:( AFP )

Renowned US pilot Amelia Earhart's leather helmet has been sold for $825,000 at an auction in Cleveland.

The 39-year-old had worn the helmet on a flight across the Atlantic in 1928 and had later lost it in a crowd of fans.

Anthony Twiggs, a 67-year-old man from Minnesota had inherited the aviator’s helmet from his mother but had trouble proving that it was original.

Earhart wore the same helmet the following year in the Women’s National Air Derby, an all-female race from Santa Monica, California, to Cleveland.

Thousands of spectators greeted the famous aviator when she landed her single-engine Lockheed Vega at the Cleveland airfield, and she lost the helmet in the crush. Twiggs’ mother, Ellie, was in the crowd along with a group of school friends.

“My mother kept it for Amelia. She thought it was the neatest thing. It was never about that boy she wouldn’t even name,” Twiggs said.

“He didn’t impress her that much, but the helmet did.”

However, he succeeded in using photo-matching technology to authenticate the helmet, which exactly matched the one Earhear wore when she became the first woman on board a plane crossing the Atlantic.

Earhart and her navigator, Fred Noonan, departed Papua New Guinea on July 2, 1937, during her quest to circumnavigate the globe along an equatorial route. But they disappeared that day and emergency searches did not locate them.

What happened to the legendary American aviatrix and her navigator during their round-the-world flight has fascinated historians for decades and spawned books, movies, and theories galore.

The prevailing belief is that Earhart and Noonan ran out of fuel and ditched their twin-engine Lockheed Electra in the Pacific Ocean near remote Howland Island while on the third-to-last leg of their epic journey.

However, a documentary titled "Amelia Earhart: The Lost Evidence" suggested that Earhart and Noonan may have survived and been taken prisoner by Japanese forces.