Elon Musk makes fun of Finland's Prime Minister with a meme.Here's why 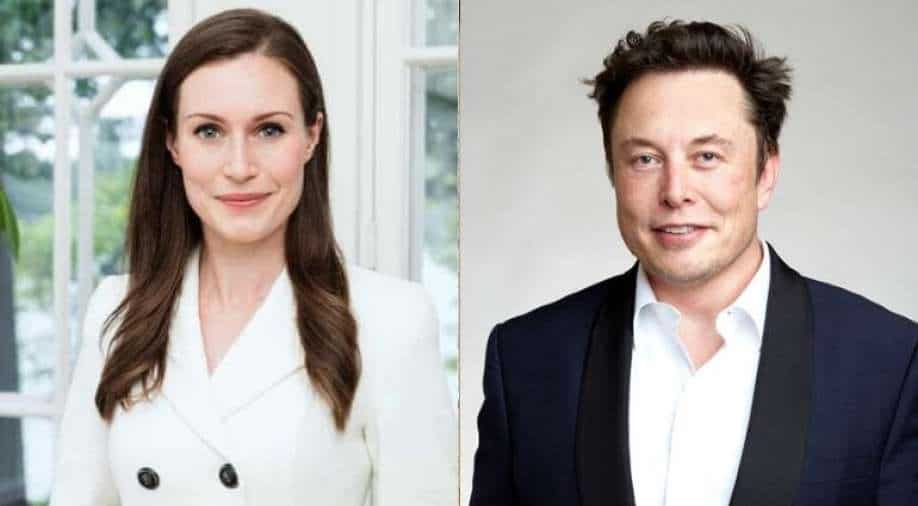 Finland's prime minister faced criticism last week for partying in a nightclub despite knowing she had been exposed to Covid-19. Sanna Marin, 36, apologised on Monday after photos of her in a Helsinki nightclub were widely circulated online.

Billionaire Elon Musk, who frequently uses memes to make a point on Twitter, used the platform to poke fun at Finland's Prime Minister, who recently came under fire for staying out dancing at a club despite being exposed to COVID-19.

Sanna Marin, 36, apologised last Monday after a gossip magazine released images of her partying till nearly 4 AM in a Helsinki nightclub, only hours after her Foreign Minister was diagnosed with coronavirus.

Musk published a joke on Sunday in which a man in a bar asks a woman, "What do you do?"

"I'm the Prime Minister of Finland," the woman in the meme responds.

This is met with a "What?" from the man.

On Saturday night, Marin was pictured partying at a nightclub in Helsinki, only hours after her foreign minister tested positive for COVID-19.

PM Marin, on the other hand, apologised for her slip in judgement in a Facebook post, saying she was sorry for not realising she needed to socially remove herself.

She said in her blog post that she was initially informed she didn't need to isolate because she was completely vaccinated.

She did, however, miss a later message with instructions to avoid making touch.

She further stated that she went for a test as soon as she received the information about isolating on Sunday, and the findings were negative.