Child in Los Angeles detected with 'flurona'; what are the symptoms? 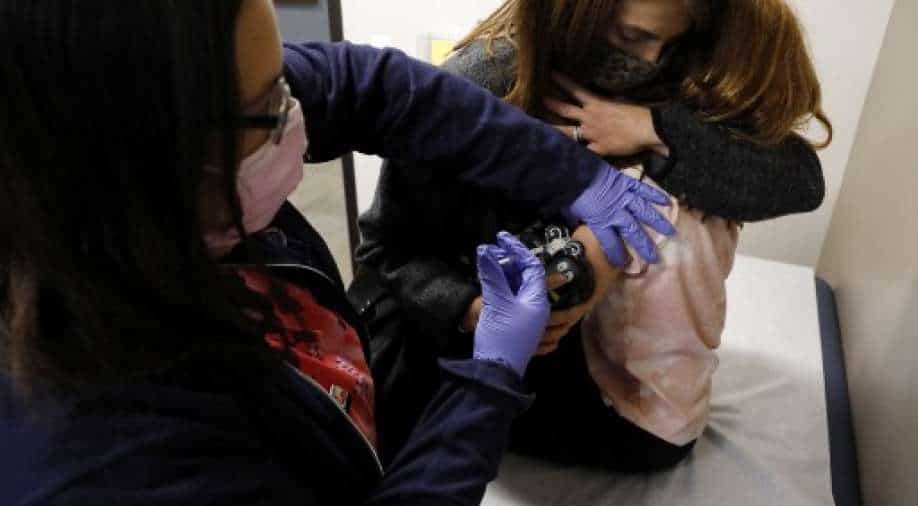 A child being vaccinated with Pfizer-BioNTech in Michigan  Photograph:( AFP )

As Los Angeles grapples with the virus wave, a child tested positive for "flurona". The family of the child had visited Mexico, US authorities said.

It is the first case of "flurona" detected in Los Angeles.

"Flurona" is described as a co-infection of flu and coronavirus. The first case of the "flurona" was reportedly detected in a pregnant woman in Israel who had mild symptoms. The woman who wasn't vaccinated earlier received her shots and was later released from the hospital.

The World Health Organisation(WHO) terms the combination of flu and coronavirus as a respiratory disease.

What are the symptoms of "flurona"?

Health officials are still trying to find more about the new health condition. Reports say "flurona" symptoms include soar throat, fever, headache, fatigue and cough which is similar to COVID-19.

Is it a virus variant?

"Flurona" is not a virus variant but a dual infection. Flu is known as a bad cold. Health officials in Los Angles have warned flu and COVID-19 will be circulating in the area while recommending people to get flu immunization.

Health officials recommend tests to be conducted if a person detects symptoms of "flurona". US health officials say flu onset usually take 1-4 days. COVID-19 comparatively takes less time with 1-14 days as a person loses taste and red swollen eyes. There is vaccine available for both flu and COVID-19.