Believe it or not, Bangkok Police charge this cute little puppy with 'getting lost' 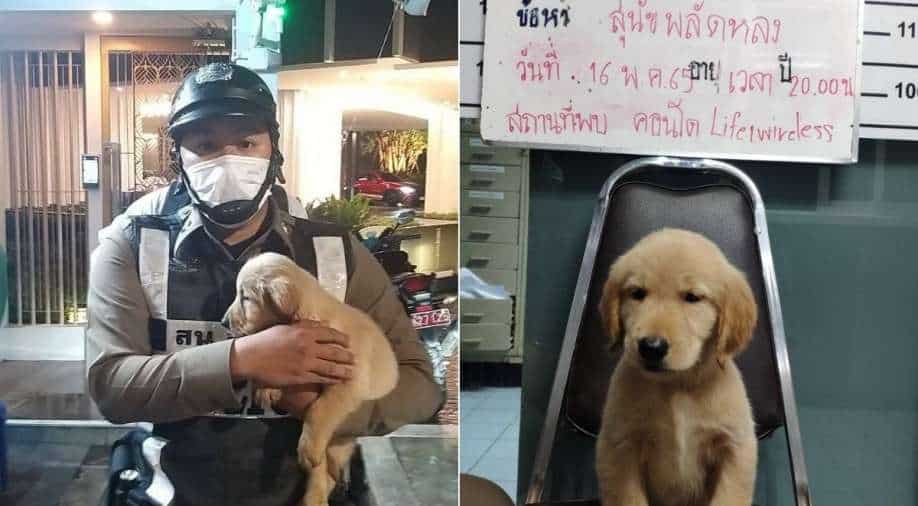 A translated version of the caption of the post shared by the Lumpini Police Station stated the story of the dog that was found near a condo. Photograph:( Facebook )

A police officer in Bangkok has apparently charged a cute little puppy, the wholesome incident will make you laugh out loud.

In a Facebook post shared by the Lumpini Police Station in Thailand, images of a Golden Retriever pup at the police station can be seen.

In the post, mugshots of the puppy are also there with a sign noting that the puppy was "charged" with getting lost. As per media reports, the puppy was later returned to its owner.

However, the social media post that shows cute mugshots of the pup has created a buzz.

A translated version of the caption of the post shared by the Lumpini Police Station stated the story of the dog that was found near a condo.

"Interested. Lumpini Hurry up to check. Found a dog of Gordon Retriever. Asking the people around there, no one knows who's dog it is. Because of concern and kindness to the dog, they said it was brought back to the Patrol Laboratory. Lumpini," it added.

At the end of the post, details of the arrest were mentioned. The booking notice read, "Name: Golden Retriever" and "Charge: Getting Lost."