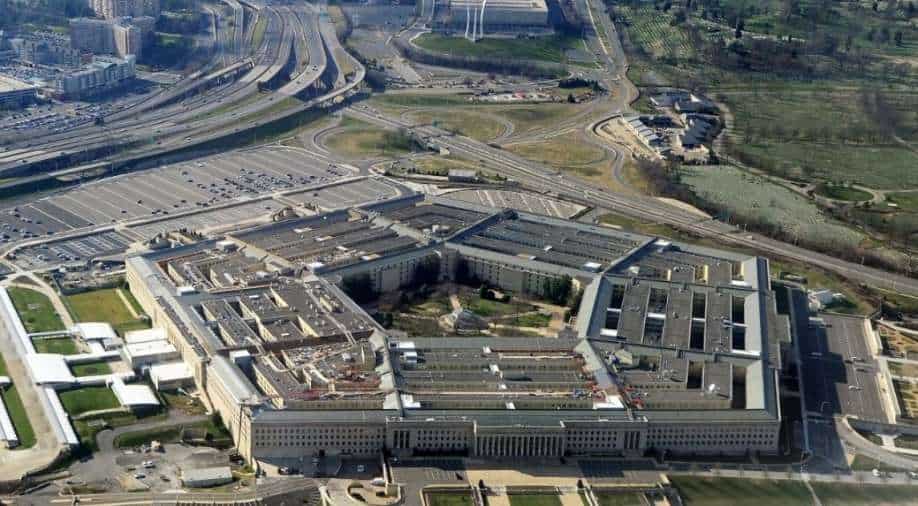 Microsoft had beaten favourite Amazon in November 2019, for the contract, called the Joint Enterprise Defense Infrastructure Cloud, or JEDI, which is part of a broad modernisation of the Pentagon's information technology systems

The Pentagon said Tuesday it has scrapped a massive $10 billion cloud computing contract, sidestepping a bitter dispute between Amazon and Microsoft over allegations of political bias that swayed the bidding.

Microsoft had beaten favourite Amazon in November 2019, for the contract, called the Joint Enterprise Defense Infrastructure Cloud, or JEDI, which is part of a broad modernisation of the Pentagon's information technology systems.

Officials said that instead of going forward with the deal in the face of litigation, the government would start over with the aim of getting the most up-to-date technology.

"JEDI, conceived with noble intent, was developed at a time when the department's needs were different," Defense Department spokesman John Sherman said during a press briefing.

Sherman equated arming US "war fighters" with cutting-edge, 21st century cloud computing capabilities to providing top armor or weaponry, saying the technology landscape has shifted since the JEDI contract was stalled by litigation.

A statement said the Pentagon would seek proposals from Amazon and Microsoft on a new contract, noting that the two vendors appear at the moment to be the only cloud service providers capable of meeting the department's requirements.

The 10-year JEDI program was designed see all military branches sharing information in a cloud-based system boosted by artificial intelligence.

Amazon alleged it was shut out of the deal because of what it called Trump's vendetta against the company and its chief executive Jeff Bezos.

Sherman maintained that it was urgent to move ahead and that "the overriding factor is not what may have happened in previous administrations; what was said or not said, the litigation."

Amazon had been considered the lead contender to provide technology for JEDI, with Amazon Web Services dominating the cloud computing arena and the company already providing classified servers for other government agencies including the CIA.

Amazon argued in court documents that the Pentagon's choice of Microsoft was mystifying if not for Trump's repeated "expressed determination to, in the words of the president himself, 'screw Amazon.'"

US defense officials will reach out to Amazon and Microsoft to solicit bids for parts of the new cloud contract, which Sherman said will have an overall value in the billions, without specifying an amount.

"We understand and agree with the DoD's decision," Amazon said in response to an AFP inquiry.

"Unfortunately, the (JEDI) contract award was not based on the merits of the proposals and instead was the result of outside influence that has no place in government procurement."

Microsoft president of US regulated industries Toni Townes-Whitley said in a post that the technology giant "respects and accepts" the decision.

"The DoD faced a difficult choice: Continue with what could be a years-long litigation battle or find another path forward," Townes-Whitley said in a post.

"What matters now is the way forward."

The defense department move "ends a multi-year soap opera that has put the JEDI deal on pause," according to Wedbush analyst Dan Ives.

"For Microsoft this went from a lottery deal to a court nightmare with Amazon and others," Ives said.

"The cloud shift is not slowing down so the Pentagon had to make this move."

Amazon shares climbed nearly 5 percent in trading that followed the announcement, which comes as the head of the internet giant's cloud unit took over the role of chief executive from founder Jeff Bezos.

Defense officials planned to also reach out to Google, Oracle, IBM and other computing titans to assess whether they are will and able to enter the bidding for some of the jobs.

The department aimed to begin awarding contracts early next year with a hope of having systems starting to deploy by 2025.

Microsoft will be able to submit a bill to the government for terminating the JEDI contract, the amount of which has not been determined, according to Sherman.