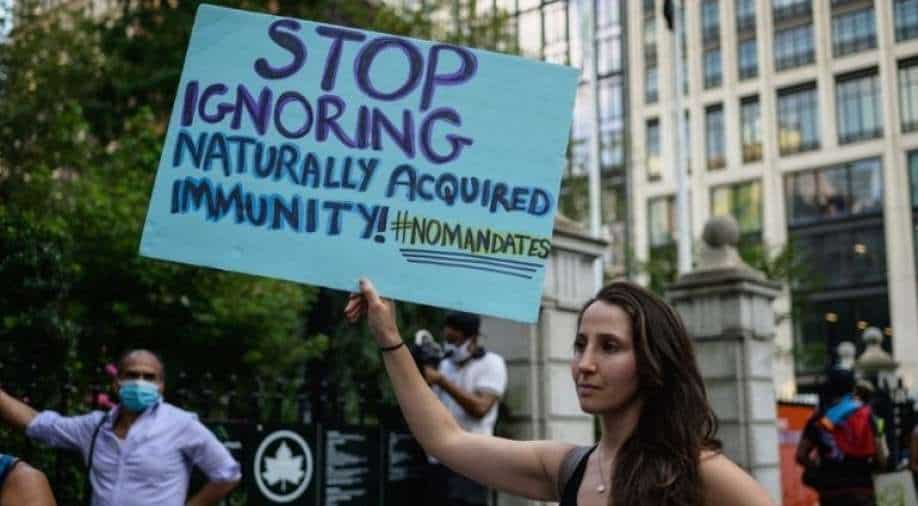 They are reporting images or videos of them shared by activists for putting them in danger by refusing to get vaccinated, wearing masks, and protesting in large numbers

Anti-vaxxers are using Twitter's new policy of protection against harassment for their own benefit.

They are reporting images or videos of them shared by activists for putting them in danger by refusing to get vaccinated, wearing masks, and protesting in large numbers.

Under the policy, the company is supposed to take down images of themselves posted without their consent.

However, a ''significant amount of coordinated and malicious activity'' has highlighted several errors in its enforcement.

It started when anti-extremism researcher Kristofer Goldsmith tweeted a screenshot of a far-right call-to-action circulating on Telegram: "Due to the new privacy policy at Twitter, things now unexpectedly work more in our favour."

"Twitter moving to eliminate (my) work from their platform is incredibly dangerous and is going to enable and embolden fascists," said Gwen Snyder, an organiser, and researcher in Philadelphia.

Her account was blocked this week after a report to Twitter about a series of 2019 photos she said showed a local political candidate at a march organized by extreme-right group Proud Boys.

In response, Twitter said, "We became aware of a significant amount of coordinated and malicious reports, and unfortunately, our enforcement teams made several errors."

"We've corrected those errors and are undergoing an internal review to make certain that this policy is used as intended," the firm added.

"Twitter has given extremists a new weapon to bring harm to those in the greatest need of protection and those shining a light on danger," said Michael Breen, president and CEO of advocacy group Human Rights First, which called on Twitter to halt the policy.