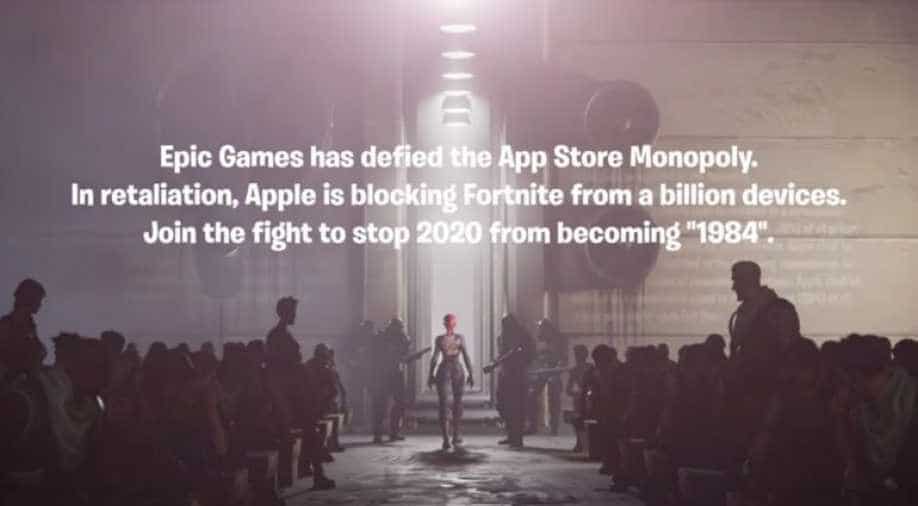 In addition to a law suit, Epic Games took to social media to rally an online army against this block, with a "FreeFortnite campaign

Apple Inc has been on a blocking rampage for the last few weeks now. After blocking games from Facebook, Microsoft and Google, Apple Inc has now blocked the famous "Fortnite" from its App Store.

Apple Inc has claimed "Fortnite" was violating in-app purchases policy of its App Store, due to which the company had to block the game. Epic Games, game developer, has now decided to retaliate in more than one way.

Epic Games has first filed a lawsuit against Apple Inc asking for no monetary compensation, but urging it to end its in-app purchases policy, and accusing it to block competition — an accusation which has been made against the tech giant earlier too. "Apple has become what it once railed against: the behemoth seeking to control markets, block competition, and stifle innovation. Apple is bigger, more powerful, more entrenched, and more pernicious than the monopolists of yesteryear," Epic said in its lawsuit, filed in the Northern District of California.

This was Epic's legal way of handling the block. In addition to this, Epic Games took to social media to rally an online army against this block. Fortnite made a parody of Apple's 1984 introduction video and rolled out a video in which an Apple-shaped character is seen talking about the "anniversary of of the platform unification directives." The speech is interrupted when a woman fighter hurls a unicorn-head stick at the screen.

The text at the end of the video reads, "Epic Games has defied the App Store monopoly. In retaliation, Apple is blocking Fortnite from a billion devices. Join the fight to stop 2020 from becoming 1984." which is followed by "#FreeFortnite" — a hashtag which has started trending on Twitter too.

Apple, on the other hand, claims a direct payment feature rolled out on the Fortnite app earlier on Thursday as the violation.

"The fact that their (Epic) business interests now lead them to push for a special arrangement does not change the fact that these guidelines create a level playing field for all developers and make the store safe for all users," Apple said in a statement.

Apple believes Epic Games launched the payment feature in Fortnite with the "express intent of violating the App Store guidelines" after having had apps in the store for a decade.

Spotify, the music-streaming app, was the first one to come to Epic's support. "Apple`s unfair practices have disadvantaged competitors and deprived consumers for far too long," Spotify saidin a statement. "The stakes for consumers and app developers large and small couldn`t be higher and ensuring that the iOS platform operates competitively and fairly is an urgent task with far-reaching implications."

Apple to launch first online store in India on September 23