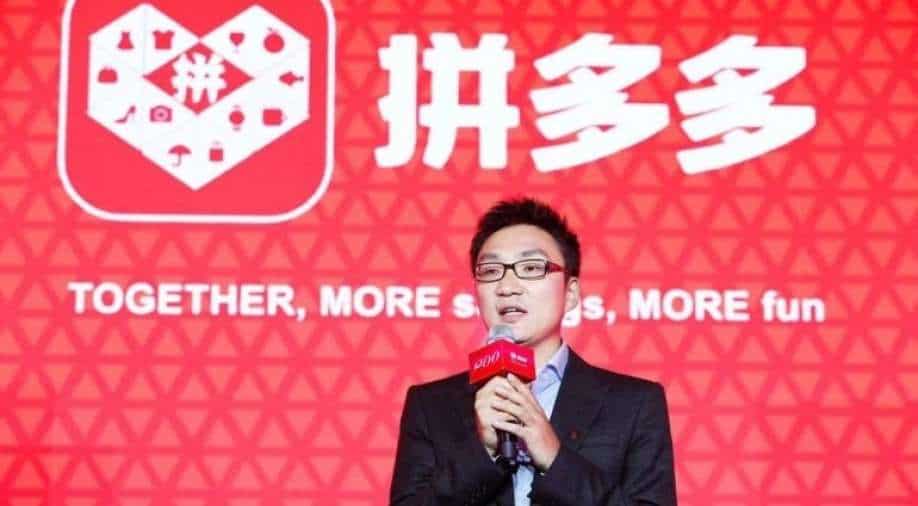 Huang, who founded Pinduoduo in 2015 and is China's third-richest man with a net worth of about $56 billion, said that he is giving up the chairmanship to pursue research in food and life sciences

Founder of the Chinese e-commerce firm Pinduoduo Colin Huang stepped down as chairman Wednesday just as the company's annual user base surpassed that of rival Alibaba.

Huang, who founded Pinduoduo in 2015 and is China's third-richest man with a net worth of about $56 billion, said that he is giving up the chairmanship to pursue research in food and life sciences.

Huang's board seat will be taken by CEO Chen Lei, according to the company. Shares of Pinduoduo, which is listed on Nasdaq, tumbled 11 per cent following the announcement.

Huang departs with Pinduoduo achieving record growth. The company on Wednesday said its annual active users reached 788.4 million in December, up 35 per cent compared with the same time last year, and exceeding the user base of 779 million counted by rival Alibaba Group Holding.

Quarterly revenue spiked 146 per cent from a year earlier, to $4 billion. For comparison, in its most recent quarter, Amazon recorded $125 billion in revenue, $66 billion coming from online sales alone.

Chen thanked Huang for his leadership of Pinduoduo over the last six years during a conference call.

''We will cheer him on as he explores new frontiers for Pinduoduo in years to come,'' Chen said.

Pinduoduo's meteoric rise has narrowed the gap between the company and Alibaba, which is still the country's largest e-commerce platform by revenue and monthly active users.

The Shanghai company stands out because of its team purchasing model, where users can get bigger discounts if they team up with friends or other users to buy in bulk. Pinduoduo is also known for selling fresh produce online and has ambitions to become China's largest grocery platform.

Huang is also leaving in a time when Beijing has ramped up scrutiny of China's internet sector and the anti-competitive practices employed in the industry, such as exclusivity contracts for merchants and heavy subsidies to attract users.

Alibaba is also under investigation over anti-competitive behaviour. The market debut of its financial technology affiliate Ant Group was shut down just days after co-founder Jack Ma criticized Chinese regulators during an October conference in Shanghai.