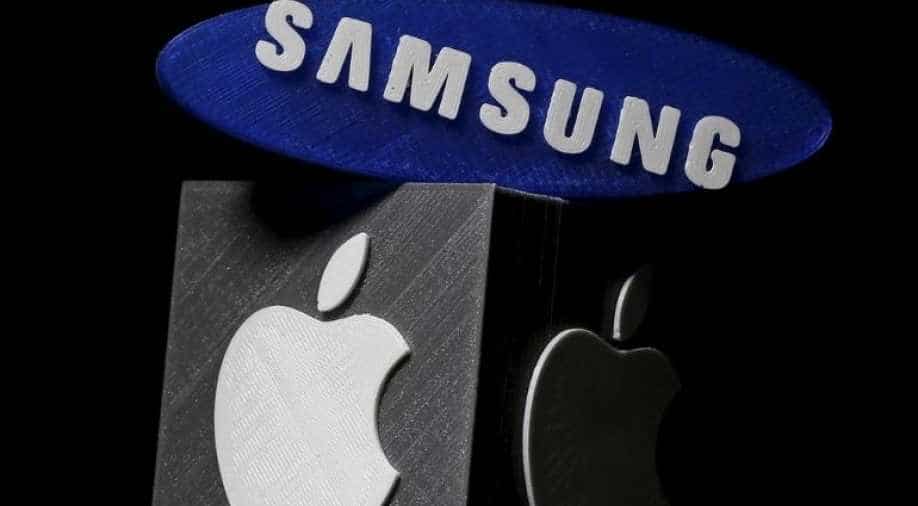 Samsung and Apple to shift to India from China Photograph:( Reuters )

The Indian government has promised these firms incentives worth well over six billion dollars, and the biggest beneficiaries could be Samsung and Apple

The great China decoupling is truly underway with India slowly emerging as a viable alternative. New Delhi has given its nod to partners of Apple and Samsung to set up their smartphone manufacturing in India.

India wants to become a smartphone production hub. As many as 16 global companies are ready to set up a base in India.

The Indian government has promised these firms incentives worth well over six billion dollars, and the biggest beneficiaries could be Samsung and Apple.

The South Korean electronics giant has won a place in the government's incentive programme. Three contract manufacturing partners of Apple are also on the list.

India wants smartphone makers to produce phones and components worth more than 143 billion dollars over the next five years.

According to a report, 60 per cent of the products made locally will be exported. The incentives will generate two lakh direct and six lakh indirect jobs.

India wants to leverage the anti-China sentiment in the global markets. Since the outbreak of the coronavirus, decoupling from China has become the new buzzword as major companies have announced plans to move out of China.

Samsung has shutdown its mobile phone production in China. The company has expanded production in India and Vietnam. Hasbro began shifting its manufacturing last year. The toy maker wants to have only 50 per cent of its products to come from China by the end of this year.

Apple's supplier Foxconn is leaving China too. Reports say the company plans to invest one billion dollars to expand its factory in Chennai.

India has positioned itself to leverage this great China exit. In an effort to attract smartphone makers, New Selhi came up with an incentive scheme. These companies have been given a 6 per cent financial incentive on additional sales of goods for the next five years. This is likely to be offered as a tax rebate.

However, India faces an uphill battle.

Chinese smartphone makers dominate the Indian market. According to one report, these companies command an 80 per cent market share in India alone.

So, India must break this Chinese monopoly — anroad, as well as at home.