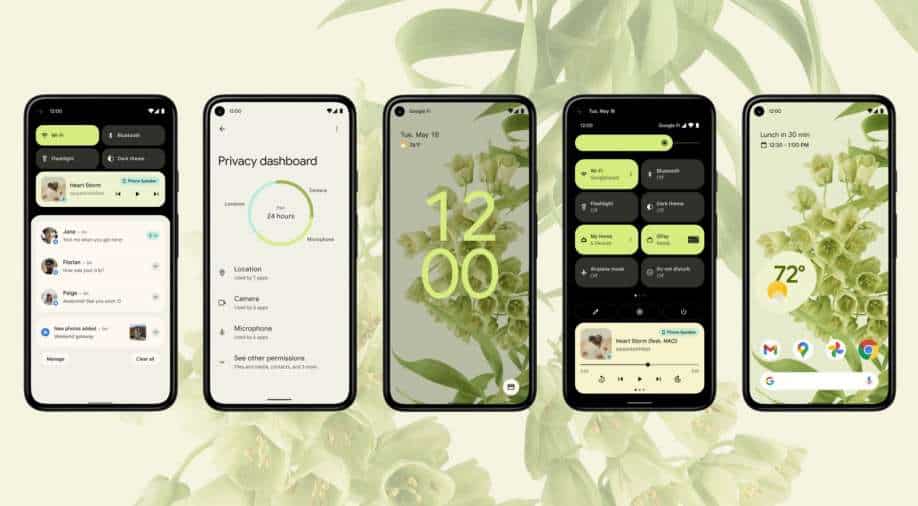 Android 12 brings personalisable colour palettes, updated notifications and faster, battery-saving performance. Everything from the lock screen to the home screen and system settings have been revamped

Google’s annual developer conference saw the unveiling of Android 12, providing an in-depth look at the next generation of the Android operating system.

It has an entirely new design based on a system called “Material You,” featuring big, bubbly buttons, shifting colours, and smoother animations. It is “the biggest design change in Android’s history,” according to Sameer Samat, VP of product management, Android and Google Play.

"To make your phone even more helpful, we are working with car manufacturers to develop a new digital car key in Android 12. With this feature, you`ll be able to lock, unlock and even start your car from your phone," the company said.

Android 12 brings personalisable colour palettes, updated notifications and faster, battery-saving performance. Everything from the lock screen to the home screen and system settings have been revamped.

Now that Google has fully announced Android 12 and launched the public beta, it's clear that this update is anything but minor.

The  I/O in Google I/O stands for input/output, as well as the slogan "Innovation in the Open". The event's format is similar to Google Developer Day.

Google Workspace is now free for all Gmail users, here’s how you can use it