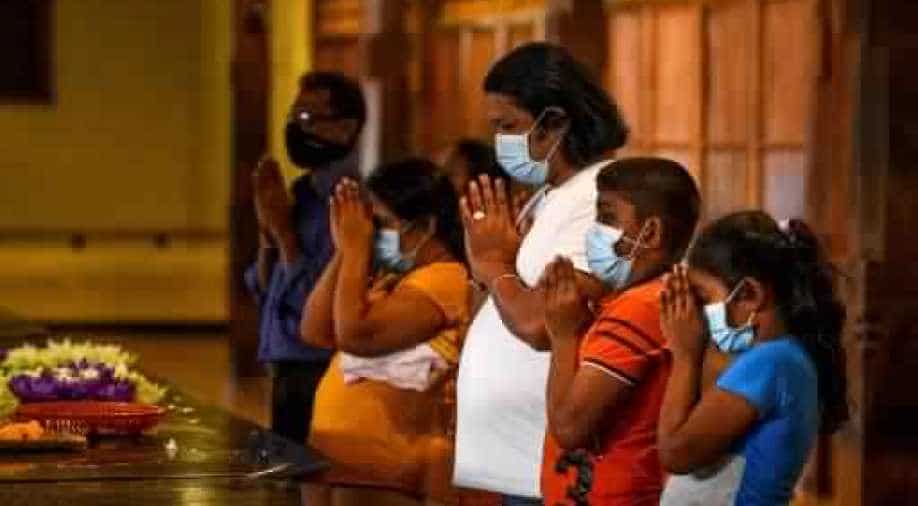 The cremation should be done at a cemetery or place approved by the proper authority and under the supervision of such authority, according to the directions issued by the Director-General of Health Services.

Sri Lanka has made cremations compulsory for coronavirus victims, ignoring protests from the country's Muslim population which says the rule goes against Islamic tradition.

In a gazette notification cited by local daily Colombo Post, the Minister of Health and Indigenous Medical Services on Sunday announced the new regulations, saying that the corpse of a person, who has died or is suspected to have died of COVID-19, shall be cremated at a temperature of 800 to 1,200 degrees Celsius for a minimum period of 45 minutes to one hour for complete burning, for prevention of any potential biological threat.

The cremation should be done at a cemetery or place approved by the proper authority and under the supervision of such authority, according to the directions issued by the Director-General of Health Services.No person shall handover the corpse of a person died of or suspected to have died of COVID-19 to any person except to persons who undertake the necessary duties of cremation, nominated by the proper authority, the gazette added.

Furthermore, the ministry stated that the attire and the non-reusable personal protective equipment used by persons, who handle the corpse at such cemetery or place, shall be incinerated by placing them with the coffin during cremation. The reusable equipment shall be properly decontaminated and disinfected in accordance with the directions issued by the Director-General of Health Services, it said.

The ashes of the corpse may be handed over to the next of kin, at the request of such next of kin.

Three Muslims are among the seven people who have so far died from the virus in the country. Their bodies were cremated by the authorities despite protests from relatives.

So far, more than 200 people have tested positive for coronavirus in Sri Lanka, where an indefinite and nationwide curfew has been imposed. The country's main political party that represents Muslims, which make up 10 per cent of the 21 million-strong population, has accused the government of "callous disregard" for religious rituals and the families' wishes.

The United States Commission on International Religious Freedom has expressed concern over reports of forced cremation of Muslims who died after contracting the contagion under the guidelines, "a violation of Islamic burial practice which forbids cremation".

"Under @WHO guidelines, both burial and cremation are permitted," the Commission wrote on Twitter.