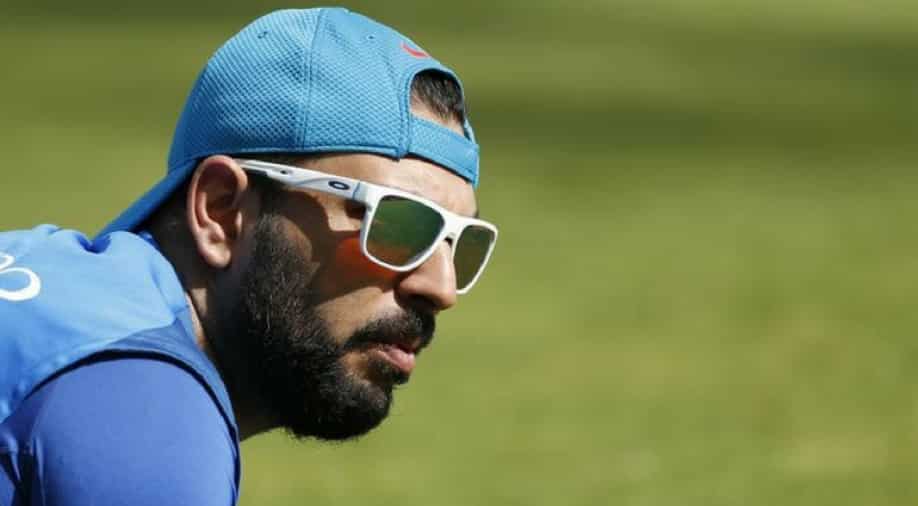 Yuvraj Singh on Friday released a statement, about the alleged 'casteist' remarks he made against Yuzvendra Chahal, in which the World Cup-winning all-rounder said that he was misunderstood while having conversation with friends.

Former Indian all-rounder Yuvraj Singh landed himself into controversy for his remarks on Yuzvendra Chahal which created outrage all over social media. A complaint was lodged against Yuvraj regarding the matter by a lawyer from Haryana – Rajat Kalsan – as he stated that remarks made by the former India all-rounder were casteist against Dalits, as per reports. However, Yuvraj on Friday released a statement in which the World Cup-winning all-rounder said that he was misunderstood while having conversation with friends.

Yuvraj further said that he never believed in disparity and will continue to spend his life for the welfare of people. He expressed regrets for unintentionally hurting sentiments.

“We are investigating the matter. But nothing has been decided so far. No FIR has been registered yet,” Hansi Superintendent of Police Lokender Singh told a leading daily.

ALSO READ: Kohli only cricketer in top-10 highest-earning athletes on Instagram during lockdown

Meanwhile, Yuvraj has been one of the most active voices during the time of COVID-19 as the former Indian cricketer continues to keep his fans engaged on social media platforms while spreading awareness around COVID-19 pandemic. He was also seen taking up challenges with fellow former and active cricketers on Twitter.

"This is to clarify that I have never believed in any kind of disparity, be it on the basis of caste, colour, creed or gender. I have given, and continue to spend my life for the welfare of people. I believe in the dignity of life and respect unintentionally hurt anybody’s sentiments or feelings, I would like to express regret for the same.

"My love for India and all its people is eternal."