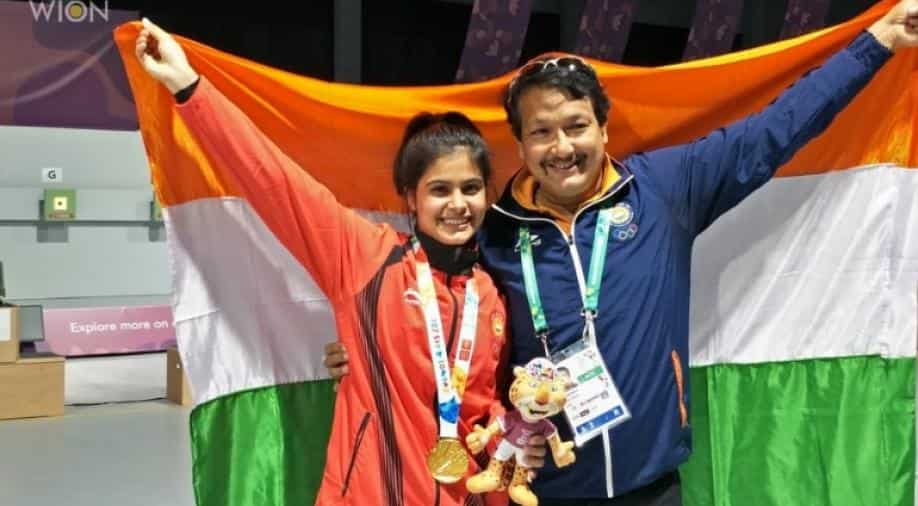 She became the second Indian after Tababi Devi to win two medals at the YOG.

In a unique format, Manu combined with Tajikistan's Behzan Fayzullaev and settled for a silver after losing the gold medal match 3-10 to Germany's Vanessa Seeger and Bulgaria's Kiril Kirov.

The India-Tajik pair had on Thursday come through qualification with a score of 751.

They then beat an Egyptian-Thai pair 10-4 in the round of 16 at the Parque Polideportivo Roca shooting range in the Argentine capital.

They beat a pair from Lithuania and Moldova 10-8 in the quarterfinals and then overcame Andria Ibarra of Mexico and Dymtro Honta of Ukraine 10-3 in the semifinals.

Earlier, she claimed a gold medal in the women’s 10m air pistol event.

Bhaker, who failed to leave a mark in the recently-concluded Asian Games, displayed a spectacular performance and shot 236.5 to stand at the top of the points table in the women’s 10m air pistol event.

Bhaker, who was India’s flag bearer at the opening ceremony of the Youth Olympics, topped the qualifying with 576, which included a series of 95, 96, 96, 96, 95, 98, finishing second and third in the qualification.

Tokyo Olympics 2020, Live Streaming: When and where to watch Lovlina Borgohain vs Busenaz Surmeneli semi-final bout?