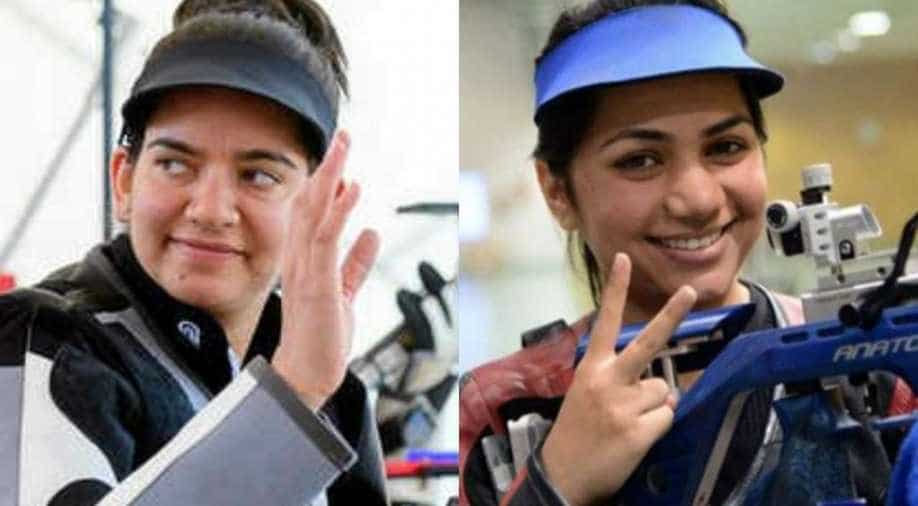 Just nine months ahead of the Tokyo Olympics, Indian shooting has the perfect launchpad.

At the 2016 Rio Olympics, the Indian shooting team drew a blank.  Three years later, India's rifle and pistol shooters are the toast of the world, some of them are still in their teens but for them only winning gold matters.

World domination which was a pipe dream a decade ago, especially after no-show at the 2016 Rio Olympics, has been achieved in some style. India's shooters have dominated four ISSF World Cups in rifle and pistol, topping the medal tally at every edition for a total of 16 gold medals. It is an unprecedented gold rush which has sealed India's position as a superpower in world shooting.

"Shooters across the world look up to us now, they say Indians have come, it is a kind of reverse psychology. The difference now and Rio is that earlier they were hoping to win, now they want to win, "Raninder Singh, president, national rifle association of India, said.

Just nine months ahead of the Tokyo Olympics, Indian shooting has the perfect launchpad. The benchmark remains the two medals won by Vijay Kumar and Gagan Narang at the 2012 Olympics but on current form, Indian shooting can claim to be in the running for at least three big medals at the Tokyo games.

Jaspal Rana, head coach of the junior pistol team told WION: "We have several shooters now who can win a medal at any given time. We are no longer dependent  on one or two names which is very good for the country."

The unprecedented success is a byproduct of the national rifle association's course correction post the debacle at the Rio Olympics. The emphasis on grooming juniors and blooding them at the tender ages of 15 and 16 has taken world shooting by storm. Saurabh Chaudhary and Manu Bhaker went undefeated through an entire season in the mixed air pistol event, winning all four gold medals.

"It has been an epic year for mixed doubles," Manu Bhakar, the seventeen-year-old Commonwealth Games gold medalist, said, adding,"we won medals with no expectation."

Apurvi Chandela, Anjum Moudgil and Valarivan are now ranked 1, 2 and 3 respectively in the world rankings. Chandela has already won two World Cup golds and a mixed air rifle gold this year. Moudgil has bagged qualifying spots for the Tokyo Olympics, yet they are being pushed all the way by teenagers Valarivan and Mehuli Ghosh.

"Manu, Saurabh and everyone else doing well really motivates us, winning every time now matters most," Anjum Moudgil says, while informing, "everyone motivates each other, it is such a good environment."

The depth is such that established stars are having a tough time. Olympic medalist Narang and former air pistol world no-1 Heena Sidhu are already out of the race for the Olympics. However, the senior pros haven't given up yet, Sanjeev Rajput clinched his fourth successive Olympic quota recently exemplifying perfect balance between experience and fresh blood.

"I feel like an elder brother in the group," Rajput says. "Everyone comes to me to get tips, whenever they are somewhere else and cannot share something, they come to me later which really makes me feel good," he adds.