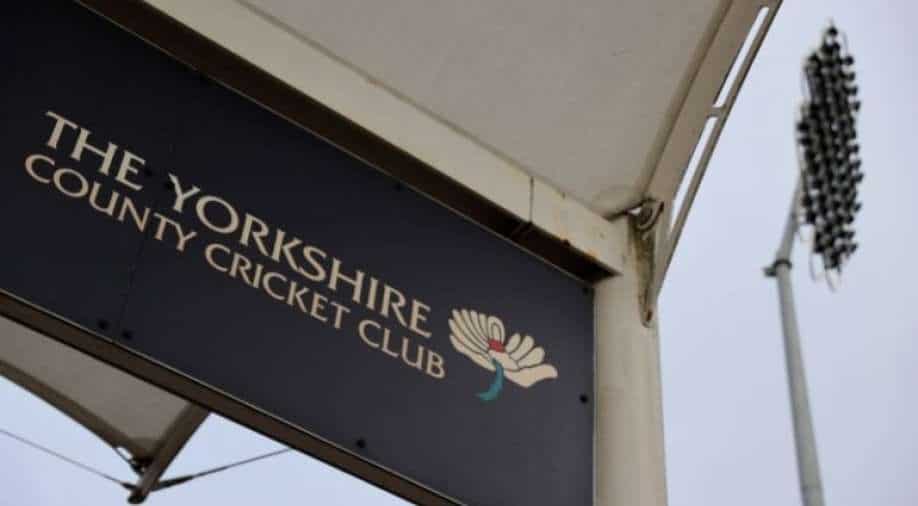 The racism scandal has shaken English sport, cost Yorkshire sponsors and the right to host England internationals, and embroiled some of the biggest names in English cricket.

All members of Yorkshire's coaching team have left, including director of cricket Martyn Moxon and coach Andrew Gale, the club said on Friday as it vowed to regain trust and rebuild after being rocked by allegations of institutional racism.

First team coach and former captain Gale was suspended last month as part of a probe into an alleged anti-Semitic tweet he sent in 2010 while Moxon had been absent from work due to a "stress-related illness".

The departures follow allegations made by former player Azeem Rafiq, who is of Pakistani descent and is a former captain of the England Under-19s.

Rafiq said he had received racist abuse and was made to feel like an outsider at Yorkshire and that he had even contemplated suicide.

ALSO READ: Yorkshire racism row: BBC in 'regular contact' with Michael Vaughan, expects to work with him in future

The scandal has shaken English sport, cost Yorkshire sponsors and the right to host England internationals, and embroiled some of the biggest names in English cricket.

Yorkshire, whose chief executive Mark Arthur resigned last month, said in a statement a new director of cricket will be appointed imminently and a new coaching team was being recruited.

The backroom medical team, provided by an outside clinic, had also left.

"Significant change is required at Yorkshire County Cricket Club and we are committed to taking whatever action is necessary to regain trust," said new chairman Kamlesh Patel.

IN PICS | From Michael Vaughan to Alex Hales: List of high-profile players named by Azeem Rafiq in Yorkshire racism row

"The decisions announced today were difficult to make, but are in the best interests of the club. Without making important changes to how we are run, we cannot move on from the past to become a culture which is progressive and inclusive."

Patel said the club had a "huge rebuilding job to do" and was determined to learn from the mistakes made.

"We want to make Yorkshire County Cricket Club a place for everyone, from all backgrounds. To do this, we need to rebuild our culture and instil positive values in everyone associated with Yorkshire," he added.