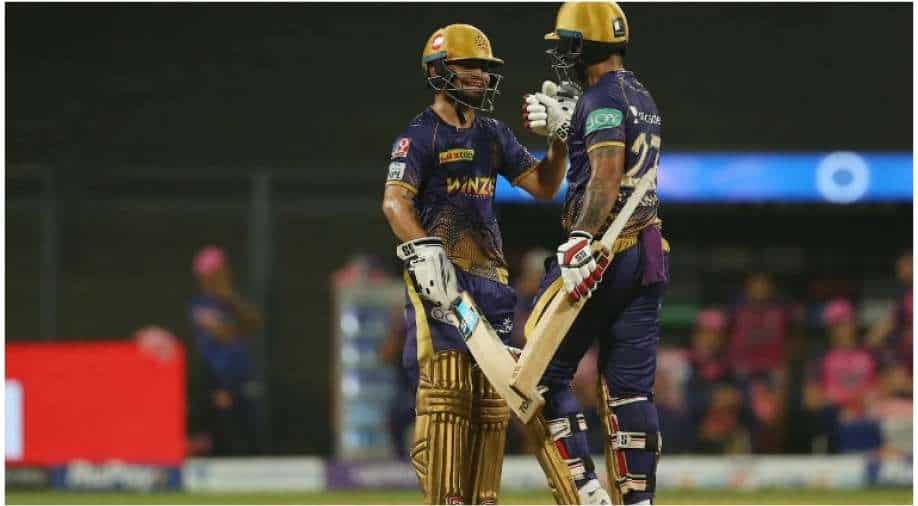 Prior to the KKR-RR clash, Rinku Singh had a feeling that he would end up with the Player-of-the-Match award. Here's what he said after his match-winning performance:

Rinku Singh hasn't been a regular in the Kolkata Knight Riders (KKR) camp in IPL 2022. With a five-match losing streak, the Shreyas Iyer-led KKR camp met Rajasthan Royals (RR) in match 47 of the 15th season and Rinku got a chance to feature in the playing XI.

After KKR bowlers, led by Tim Southee and Umesh Yadav, restricted the Sanju Samson-led RR line-up to 153-5 in 20 overs, asking them to bat first at the Wankhede Stadium, Mumbai, Kolkata were in a spot of bother at 32-2 in the run-chase. Nonetheless, Iyer and Nitish Rana's sedate and cautious knocks along with Rinku's match-winning 23-ball 42 not out led KKR to a seven-wicket win in the last over.

Talking to Nitish after the game, Rinku revealed he had an intuition that he would end with being the Player-of-the-Match (which he did) and score a fifty (was unbeaten on 42) prior to the game. "Since morning, I had a feeling that I'd be the Player of the Match and score runs for my team. So I wrote 50 runs not out on my (left) hand,” Singh was quoted as saying during an interview with Nitish.

“I was waiting for my opportunity for a long time. I’ve been with KKR for the last five years, but due to lack of chances, I couldn’t contribute much. But instead of giving up, I kept working hard. I only had the thought that I’ll try my best to help my team win if I get a chance to perform,” he added.

At the post-match presensation, Rinku told the broadcasters, "A lot of players have played Ranji from Aligarh, but I am the first to play the IPL. This is a big league and there is a lot of pressure obviously. I have been waiting for the last five years to get a chance. I worked very hard, came back from injury and did well in the domestic circuit as well. When I was batting, Bhaiyya (Rana) and Baz (McCullum) told me to stay till the end and finish it."

Courtesy of his knock, KKR remain alive in the playoffs race with four wins from ten games.