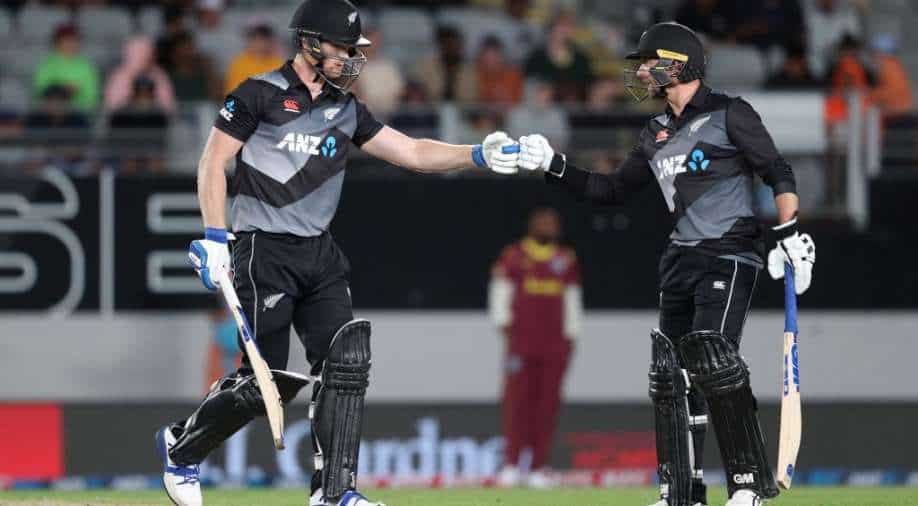 New Zealand and Australia go into a five-match Twenty20 series in Christchurch on Monday with one eye on winning the series and one on the World Cup in India later this year.

New Zealand and Australia go into a five-match Twenty20 series in Christchurch on Monday with one eye on winning the series and one on the World Cup in India later this year.

Rival captains Kane Williamson and Aaron Finch said Sunday the series offered a chance to look at the potential balance of their squads ahead of the championship eight months away.

"The first aim to is to win the series but there's also a bit of information grabbing throughout the series with guys in some different roles, potentially," Australia captain Finch said.

Neither captain was prepared to name their line up for game one although Finch indicated he would join Matthew Wade and the uncapped Josh Philippe at the top of the order with Glenn Maxwell and Marcus Stoinis rounding out the top five.

The Black Caps confirmed hard-hitting opener Martin Guptill, who had been under an injury cloud, had passed a fitness test and would open -- leaving no room for the uncapped Finn Allen who was the form player in New Zealand's domestic T20 series.

Guptill had averaged a low 11.5 before being injured in the home series while the 21-year-old Allen blazed away with 512 runs at an impressive 56.88.

"Every series you play is an opportunity to grow as a side and we have the World Twenty20s which are in the back of your mind," Williamson said.

"There's a lot of players around who are playing really, really well."

Preparation has not been ideal for Australia, who were scheduled to end their 14 days in managed isolation as part of New Zealand's strict Covid-19 regulations on Sunday -- 24 hours ahead of the first match.

But Williamson did not expect Australia to be rusty.

"Whatever Australian team is put out is strong. They do have the majority of their consistent Twenty20 side there, with also the opportunity of bringing in a lot of talented youngsters they do have," he said.

Game one takes place on the 10th anniversary of a destructive 6.3-magnitude earthquake that claimed 185 lives in Christchurch. Williamson and Finch will lay a wreath at the anniversary memorial service hours before the cricket starts.