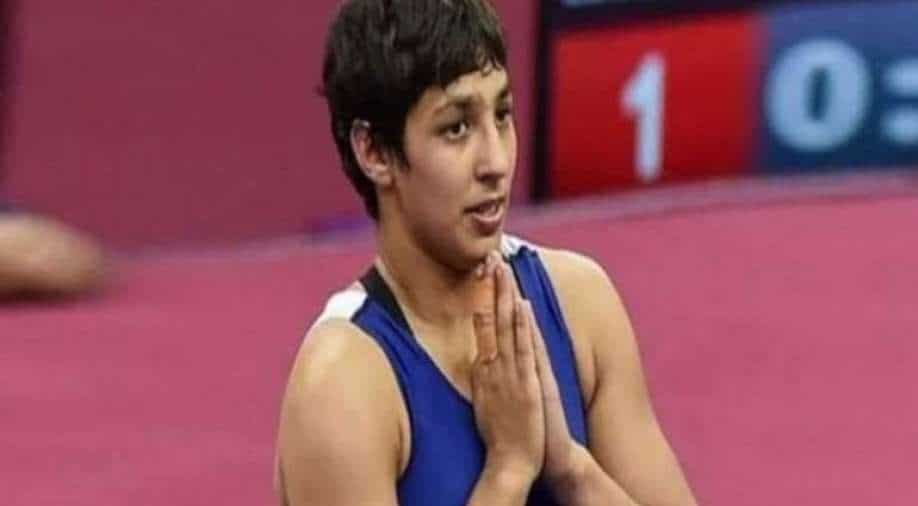 India's Sarita Mor, a two-time Asian champion, won a bronze medal in the women's 59kg after beating Sweden's Sara Lindborg 8-2 in the playoff

Anshu Malik scripted history on Thursday (October 6) as she became the first Indian woman wrestler to win a silver medal at the World Wrestling Championships 2021 in Oslo, Norway as she went down against Tokyo 2020 bronze medalist Helen Marlouis of the USA in the 57 kg event.

Anshu won the first point but Maroulis took a 4-1 lead in the second period during the bout. She then pinned the Indian wrestler to win her third world championships gold (all in different weight categories).

Meanwhile, Divya Kakran (72kg) lost her repechage round in the morning session to Mongolia's Davaanasan Enkh Amar and expectedly, the Greco Roman wrestlers put up a disappointing show.

Sandeep (55kg), Vikas (72kg), Sajan (77kg) and Harpreet Singh (82kg) bowed out of the competition. Only Sajan managed to win one bout while the other three lost their respective openers.