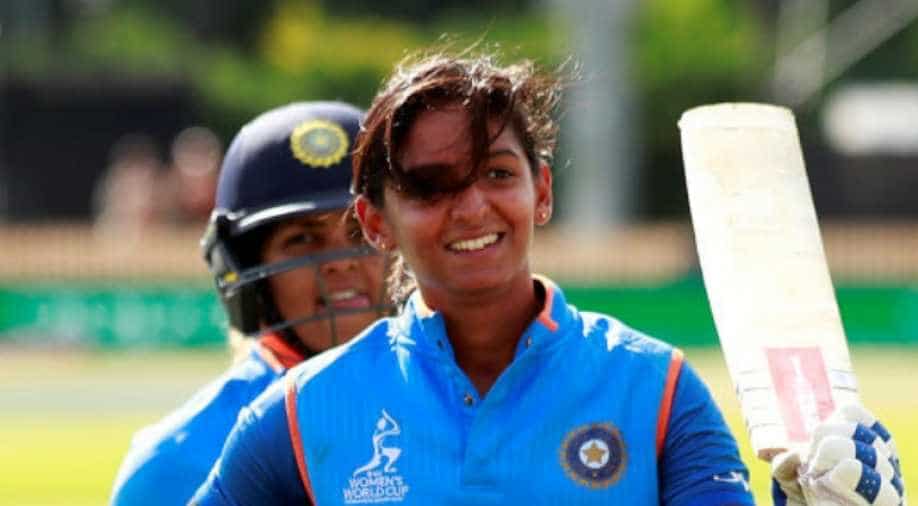 India have played Pakistan thrice across two editions of Asia Cup, winning all the battles.

After a near perfect beginning, the Indian women's team will be overwhelming favourites against arch-rivals Pakistan in its second group league encounter of the ICC World T20 here on Sunday.

Not considered among the top T20 teams in the world, India produced a power-packed performance, winning the opener against a formidable New Zealand side by 34 runs after skipper Harmanpreet Kaur's 51-ball 103.

With momentum firmly on India's side, the 'Women In Blue' would like to set the record straight after losing to their arch-rivals in the 2016 edition at home.

However, since that loss in Delhi, India have played Pakistan thrice across two editions of Asia Cup, winning all the battles.

That Pakistan lost by a comprehensive 52-run margin to Australia in their lung opener will also give India an upper hand during Sunday's encounter.

The best aspect about India's performance against 'White Ferns' was young Jemimah Rodrigues's matured effort. With her skipper going for the jugular, 18-year-old Rodrigues just tapped for singles giving the senior player bulk of the strike. Yet, she managed to hit seven boundaries at a strike rate of 130 plus.

So much so that veteran Mithali Raj's services wasn't required during the Indian innings.

A heroic Harmanpreet hundred lit up the opening match of #WT20 to help India to victory against New Zealand in Guyana.#NZvIND REPORT ➡️ https://t.co/VQvbMa7sO3 pic.twitter.com/odHL9WqQBh

The Providence Stadium track proved to be helpful for the slow bowlers with India using as many as four of them in off-spinners Deepti Sharma and Dayalan Hemlatha, leg-spinner Poonam Yadav and left-arm orthodox Radha Yadav.

The spinners accounted for eight of the nine New Zealand wickets with lone seamer Arundhati Reddy picking the other scalp.

Against Pakistan, India might be tempted to use a second seamer in either Mansi Joshi or Pooja Vastrakar.

Not a single batter could cross the individual score of 30 with Bismah's 26 being the top scorer. The bowlers were also off the mark during the first eight overs when Beth Mooney and Alyssa Healey took them to the cleaners with a 72-run stand.

Sana's off-day (0/32 in 4 overs) was one of the factors for Pakistan not being able to contain Australia during the initial overs.

Come Sunday, they will have an onerous task at hand against the high on confidence Indian outfit.