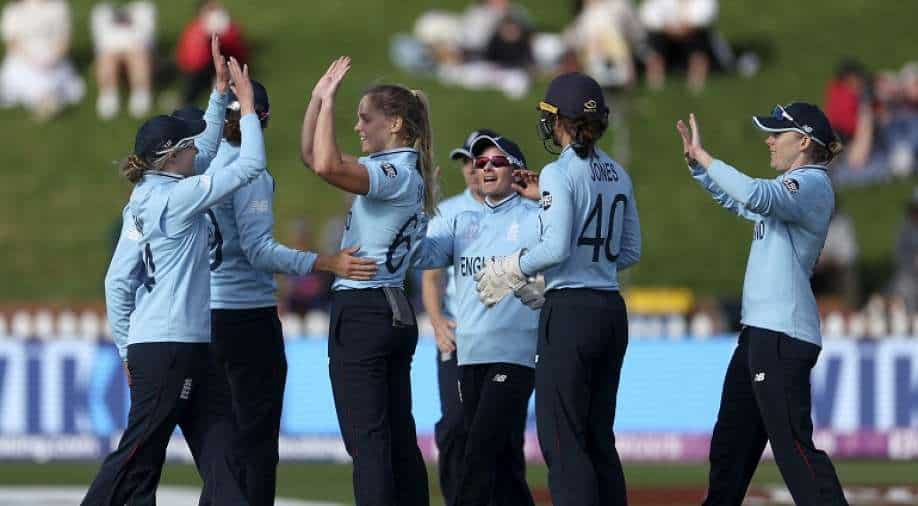 Defending champions England became the third team to book its place in the semifinals of the Women's World Cup with a comfortable 100-run win over Bangladesh here on Sunday.

Bangladesh made slow progress and kept losing wickets in their chase of 235 against England.

All-rounder Lata Mondal top-scored for Bangladesh with 30 and openers Shamima Sultana and Sharmin Akhter made 23 apiece.

Sophie Ecclestone and Charlotte Dean took three wickets apiece while Freya Davies took one as Bangladesh were bowled out for 134 runs in 48 overs.

Earlier, a brilliant half-century from Sophia Dunkley helped England recover from a collapse of 96 for four.

Salma Khatun's two wickets were the pick of the Bangladesh bowlers, who combined well to make sure England couldn't gather too much momentum in their innings.

England's quest to reach the knockout stages of the tournament actually started poorly, with Danni Wyatt on six runs and Knight also on six runs falling inside the first eight overs and the score only on 26.

Natalie Sciver 40, Amy Jones 31 and Katherine Brunt 24* also made key contributions to help England post 235 for six in the must-win game for the defending champions.