With this record, Ravindra Jadeja joins the league of Kumble, Bedi and Chandrasekhar 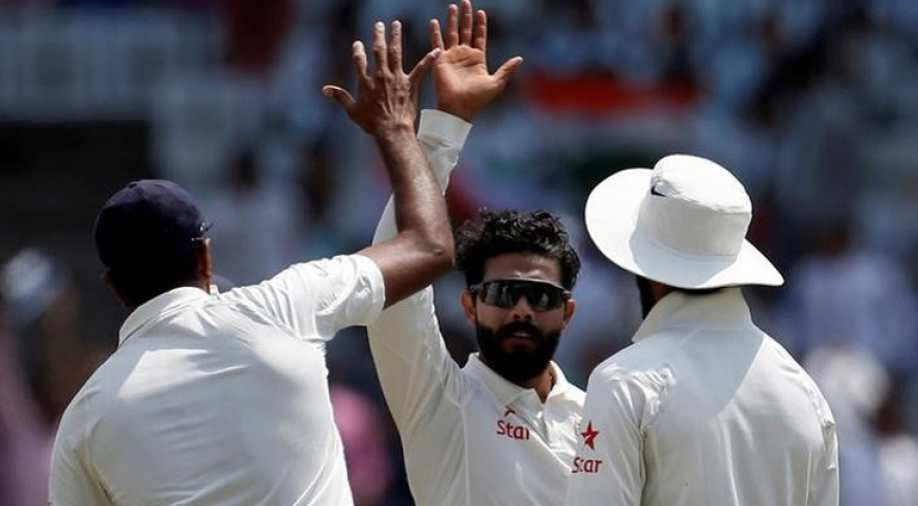 On the fifth day of the fourth Test against England at the Oval, Ravindra Jadeja pulled up two crucial wickets soon after the lunch break.

With a fantastic delivery that pitched on the rough outside leg and spun enough to cut his off-stump as the batsman offered no shot, he clean bowled Haseeb Hameed.

With that, Jadeja reached a significant milestone, as he became the first Indian to take 50 Test wickets against England.

Harbhajan Singh, the experienced Indian off-spinner, is surprisingly absent from the list.

In addition, with Hameed's wicket, Jadeja became only the fourth Indian player to score 500 runs and take 50 wickets in Tests against England.

Ashwin, Kapil Dev, and Mankad were the previous five Indian cricketers to achieve this feat.