'Will discuss about his NOC for IPL': BCB's Akram Khan lashes out at Shakib Al Hasan 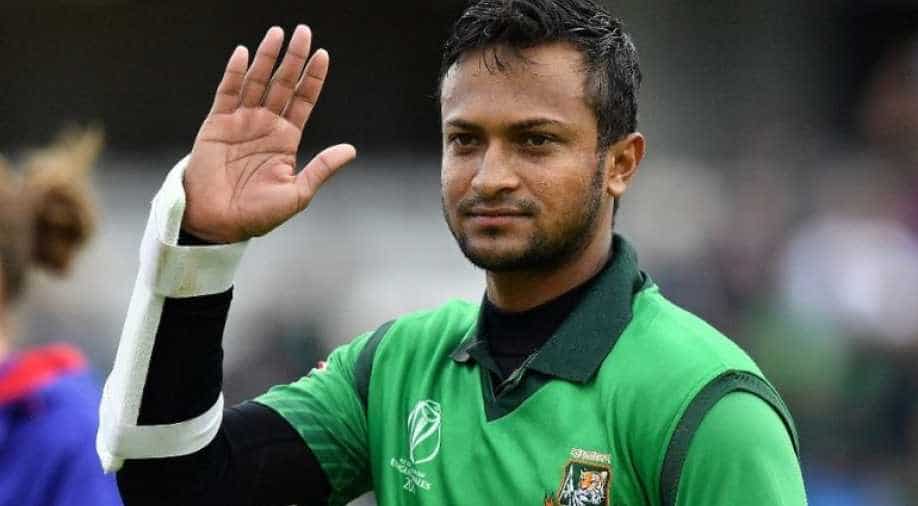 Shakib Al Hasan will be missing out on Test Series against Sri Lanka to play in the cash-rich T20 league to prepare for the upcoming T20 World Cup.

Bangladesh Cricket Board's cricket operations chairman, Akram Khan, has said that the board will reconsider the NOC given to former Bangladesh skipper Shakib Al Hasan.

ALSO READ: Zaheer Khan feels this player 'made it possible for Virat Kohli to open innings'

Khan lashed out at star-all rounder after his comments on the board misinterpreting his letter surfaced on Sunday. The NOC given to Shakib allows him to participate in the upcoming Indian Premier League.

Shakib Al Hasan will be missing out on Test Series against Sri Lanka to play in the cash-rich T20 league to prepare for the upcoming T20 World Cup.

"What does it imply? If someone is saying that I don't want to tour Sri Lanka, where we have two Tests, to prepare for the World Cup then what does it actually mean?" Akram Khan was quoted as saying by Cricbuzz.

"I heard that he said that I didn't read his letter. Perhaps I misunderstood his letter. He wants to play Tests, from what he has said. In the next couple of days we will discuss about his NOC. If he has an interest, he will play Tests in Sri Lanka," Akram noted.

According to Shakib Al Hasan, his letter to the board was been misinterpreted by BCB cricket operation chairman Akram Khan.

"Continuously people are talking about this Test (skipping the series against Sri Lanka). The people who are saying that I will no longer play the Test or don't want to play the Test haven't read my letter properly and that is it," Shakib was quoted as saying by Cricbuzz.

"Maybe he also said this in an interview yesterday. I guess he didn't really read my letter properly. And whatever decisions they have taken, I believe that they have taken it after discussing among themselves," he said.