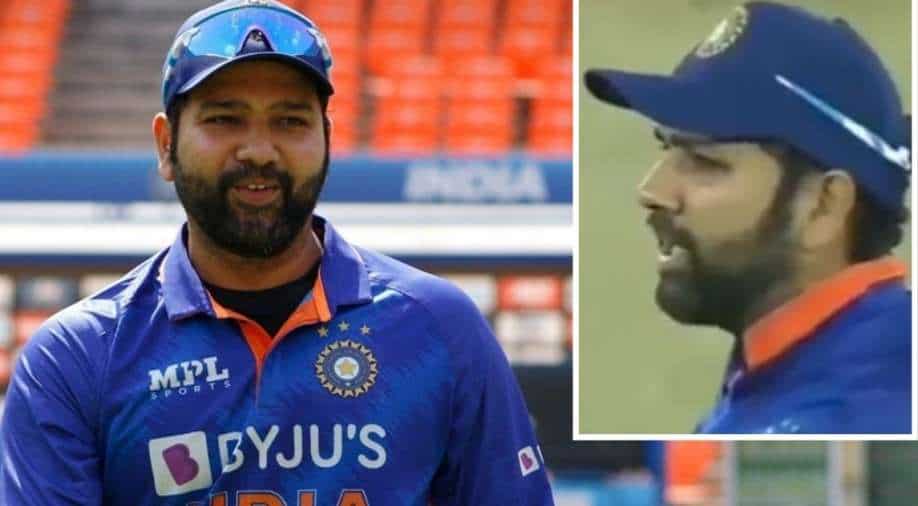 During the match, Rohit Sharma was giving instructions to teammates when he was setting the field. Photograph:( Twitter )

Rohit Sharma's comments were recorded when he yelled at a player as the skipper looked quite irritated. Watch the clip and don't miss Virat Kohli's reaction caught in the video

Indian skipper Rohit Sharma's comments that were made during the second One-Day International (ODI) against West Indies went viral when he was seen yelling at his teammate (in a funny way).

Batter Suryakumar Yadav's 64 and KL Rahul's 49 helped India post a modest total of 237-9. While defending it, pacer Prasidh Krishna emerged as a hero whose four-wicket haul helped India bowl out visitors for 193 inside 46 overs.

The win on Wednesday (February 9) at the Narendra Modi Stadium in Ahmedabad means India has taken an unassailable 2-0 lead in the three-match ODI series.

India's newly appointed ODI skipper Sharma was seen giving instructions to teammates when he was setting the field. Some of his comments were caught by the stump mics.

His comments were recorded when he yelled at spinner Yuzvendra Chahal as the skipper looked quite irritated with Chahal's running speed.

Rohit said, "Kya hua terko? Bhaag kyun nahi raha hai theek se? Chal udhar bhaag." It can be loosely translated in English as: "What happened to you? Why aren't you running properly? Go and field there."