Who's saying what on Ravichandran Ashwin's 'Mankading' controversy 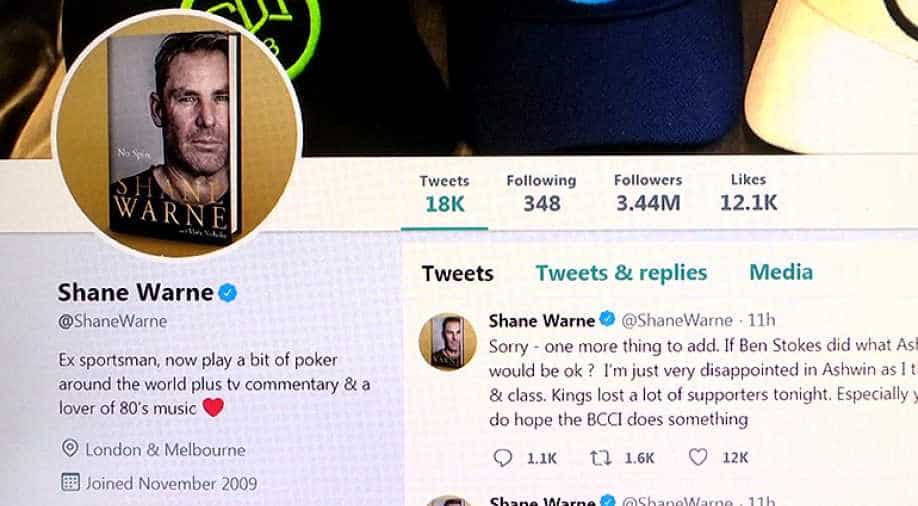 The Indian Premier League match between Punjab and Rajasthan match saw a major controversy when Ashwin ran out Rajasthan's Jos Buttler, who was at the non-strikers' end, without giving him any warning while bowling the 13th over of the match.

Buttler's dismissal changed the course of game and Punjab eventually registered the victory, though Ashwin faced a severe backlash and the incident triggered a "spirit of the game" debate.

Johnson wrote on Twitter, "My thoughts on the Mankad. Its not cheating, it's not against the spirit as it's in the rules you can do it. Personally I would warn someone if I was to do it but the batsman should also play fair by staying behind the crease. It's a bit like the underarm serve in tennis right??"

The opinion interpreted the laws differently and flooded into Twitter, with many players, ex-pros and commentators offering their views on the controversial run out.

So disappointed in @ashwinravi99 as a Captain & as a person. All captains sign the #IPL wall & agree to play in the spirit of the game. RA had no intention of delivering the ball - so it should have been called a dead ball. Over to u BCCI - this a not a good look for the #IPL

Morgan, however, believes Ashwin has set a "terrible" example for the young generation of cricketers.

"I can't believe what I'm seeing!! @IPL Terrible example to set for young kids coming through. In time I think Ashwin will regret that," said Morgan.

Former England skipper Michael Vaughan said Buttler should have been at least warned.

"If @josbuttler had been warned well that's fine ... If he hasn't and it's the first time I think @ashwinravi99 is completely out of order ... Watch how often this happens from now on !!!!!!! #IPL," he wrote.

"He ain't winning any spirit of cricket awards is old Ashwin," he wrote.

"My opinion on the Buttler/Ashwin controversy is that its NOT Buttlers fault and its NOT Ashwins fault either Ashwin is entitled to appeal. I thought the TV umpire made the incorrect decision Should've been dead ball..... Play on," he tweeted.