Watch: MS Dhoni 'almost in tears' while speaking on CSK return in IPL 2018 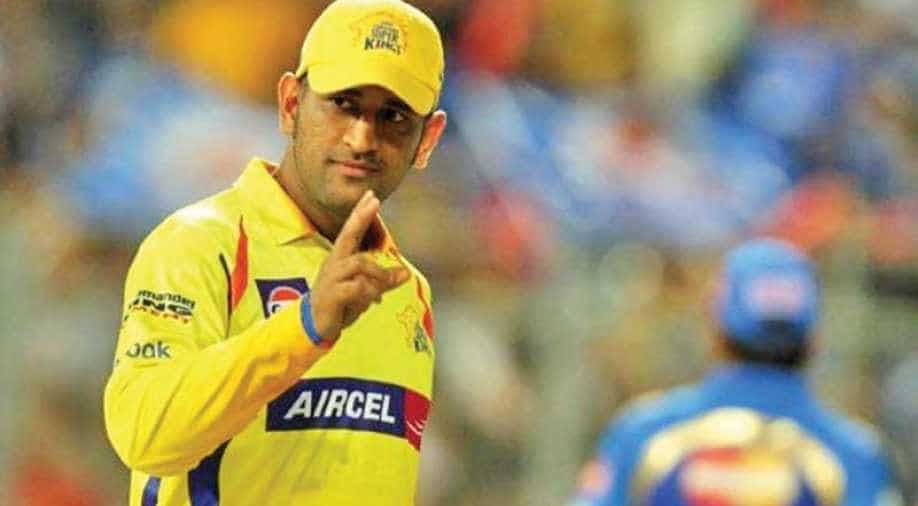 Mahendra Singh Dhoni, who is making a comeback to his favourite Chennai Super Kings (CSK) after the franchise was banned for two years, got emotional and was almost in tears while speaking on the franchise's return to IPL.

The skipper failed to control his emotions and got choked up and was almost in tears while addressing the audience at an event.

Chennai faced a lot of backlashes after it was marred in spot-fixing controversy and was subsequently banned for two years.

“As I said it was, I knew I would play for the Pune team but the actual moment comes when you start walking with the team-sheet in your hand till that point of time its only practice and everything," he said.

"It was a very emotional moment…since I have started playing T20 cricket represented the Indian cricket team, Jharkhand team in few tournaments and CSK for eight years, so it was an emotional moment not to see myself in yellow,” Dhoni added.

“But at the same time as professionals, we have to move ahead and also not to prove to anyone but to prove a point to myself that I am making sure whatever I gave in for CSK, I am not leaving any inch that I am not giving for the Pune team,” he added.

Under Dhoni’s leadership, CSK won the title twice in 2010 and 2011 and finished runners-up in four editions.

Chennai Super Kings begins its campaign on April 7 at the Wankhede Stadium where they will take on the defenders Mumbai Indians.