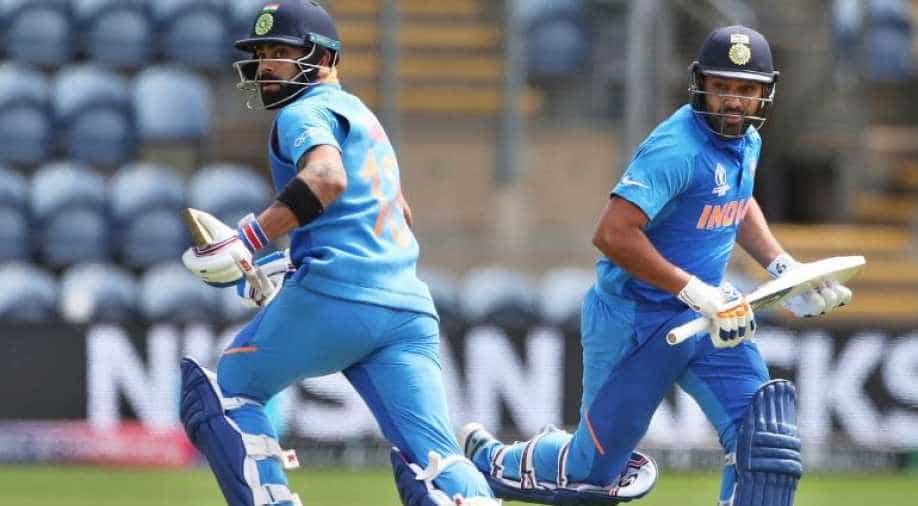 Saifuddin dismissed Kohli, who was playing at the score 47

With the help of an inch-perfect yorker, Saifuddin dismissed Kohli, who was playing at the score 47.

Virat Kohli failed to judge the yorker and lost his wicket when the ball crashed the leg stump after touching his pad.

Earlier, Bangladesh won the toss and elected to bowl against India in their second World Cup warm-up match at Cardiff's Sophia Gardens.

Bangladesh will start their campaign against South Africa at the Oval in London on June 2.

While India will also start their tournament against South Africa on June 5.

Kedar Jadhav is still recovering from the shoulder injury but Vijay Shankar is back in the Indian team.

The six-wicket defeat against New Zealand, however, won't be a big worry for Virat Kohli as he has some bigger issues to take care of.

India's primary objective during the practice games is to fix their middle-order problems but the two protagonists, who are likely to fill in the important Nos 4 and 6 in the tournament proper, have not fully recovered from their respective injuries.

While Kedar injured his left shoulder during the IPL, Shankar was hit in the nets by a Khaleel Ahmed short ball.