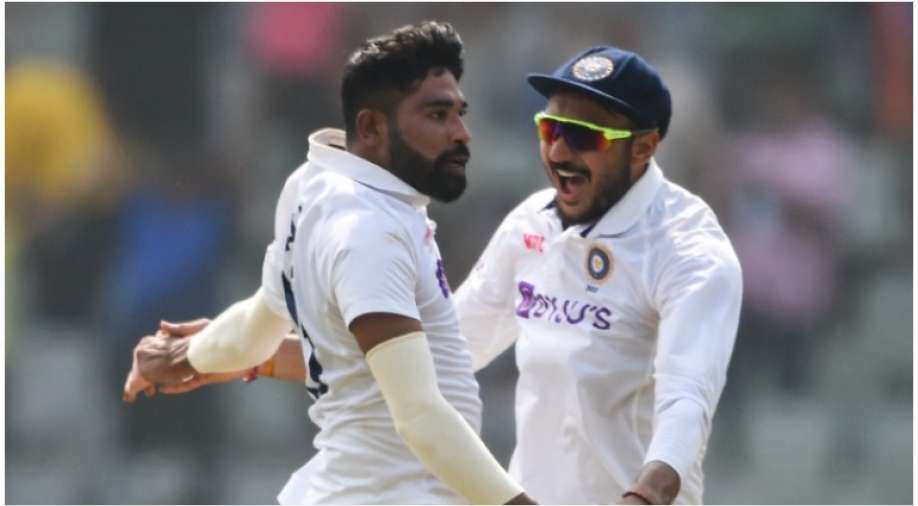 Mohammed Siraj won hearts as he asked a section of Wankhede crowd to cheer for Team India, and not RCB, after India's massive win over New Zealand.

India beat New Zealand by 372 runs on Day 4 of the second and final Test at the Wankhede Stadium, Mumbai on Monday morning (December 6). Resuming the day, Virat Kohli-led India needed 5 more wickets to close the series as the Kiwis were struggling in their steep 540-run chase. Thus, India wrapped up proceedings quickly as they ended the two-match Test series on an emphatic fashion with a 1-0 scoreline.

There were many top-performers for Team India in the final Test, in the form of Mayank Agarwal (150), Axar Patel (93 runs and 3 scalps), R Ashwin (8 wickets), Jayant Yadav (four-fer in the final innings) whereas Mohammed Siraj also played his part by rocking NZ's top-order in a flash with three quick wickets in the first innings.

After the series triumph, there were a section of fans at the Wankhede Stadium who were cheering for Siraj. When the pacer took note of them, they started chanting "RCB, RCB" (Royal Challengers Bangalore, i.e. his IPL franchise). To this, the young speedster won hearts as he asked them to cheer for Team India by pointing at his jersey. Here's the video:

ALSO READ | Not Jasprit Bumrah or R Ashwin! Harbhajan Singh names who could be India's No. 1 bowler in future

Recently, veteran off-spinner Harbhajan Singh lavished praise on Siraj while commenting on India's bowling combination for the forthcoming Test series versus South Africa, in the African nation. Harbhajan said on his YouTube channel, "Mohammed Shami, Jasprit Bumrah, and Mohammed Siraj... what an outstanding bowler. In the time to come, he will be India's No. 1 bowler. With him, I feel Shardul Thakur will return because in South Africa you will require a seamer who can bat as well. Along with them, we shall certainly see R Ashwin and Ravindra Jadeja playing and perhaps, Axar Patel could also be seen operating with them."

Siraj has so far accounted for 33 wickets in 10 Tests and was one of their star performers in the away series in Australia and England.