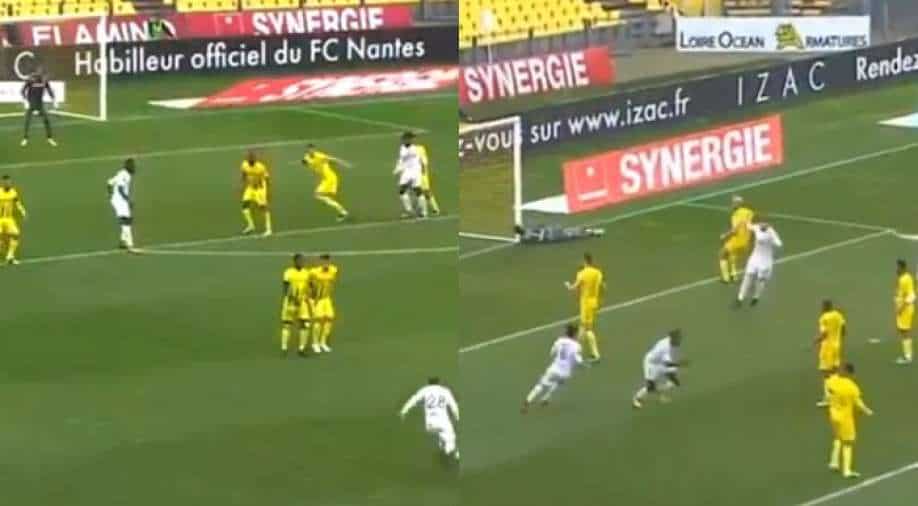 With Lorient 1-0 down in the 87th minute of the match against FC Nantes in Ligue 1, Lauriente was given a go at the free-kick from 40 yards out. While several of his team-mates were waiting in the box in anticipation that Lauriente would cross the ball into the box, they were left astonished by what followed.

The midfielder ran and shot the ball towards the goal. At first, it seemed like the ball was going to sail over the bar. The Nantes goal-keeper Alban Lafont was also positioned a few yards off his line, anticipating a cross. However, he had to adjust quickly as the ball started to dip and curve viciously in the final few metres of the shot.

The French youth international was left bamboozled as the ball nestled into the top corner of the net as Lauriente completed a breathtaking strike.

The slow-motion replays suggested that the ball was heading towards the centre of the goal before swerving mid-air. Fans and pundits have been tipping the goal as one of the Puskas Award contenders – one that could go on to win the coveted award.

Lauriente's goal meant that Lorient once again were saved from dipping into the relegation zone. Lauriente has come up with a couple of crucial goals already this season. He had scored twice in what was a thumping 30-min cameo against St. Etienne in February to hand his side a 2-1 win.