Watch: Ahead of World Cup, Russian astronauts show off football skills in space 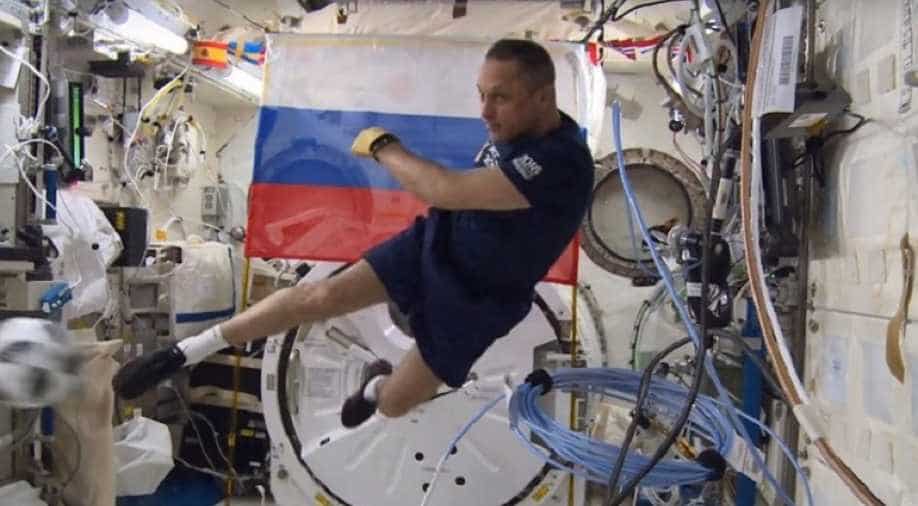 A screen grab Photograph:( Others )

With less than two weeks left for the 2018 FIFA World Cup to commence, the craziness for the game is at already at its peak.

However, the fever reached another level when two Russian astronauts demonstrated their football skills in zero-gravity at the International Space Station (ISS). A video of the same was also released where the pair takes it in turns to fire gravity-defying shots at each other in an orbital training session.

In the video, one of the astronauts can be seen sporting an official FIFA World Cup Russia 2018 T-shirt and yellow gloves. He is further seen setting up an artificial goal at the space station, topped with a Russian flag and with the smaller flags of various nations strung up in the background.

Hosts Russia will kick-off the 2018 football World Cup against Saudi Arabia in Moscow, while defending champions Germany will start against Mexico.

The month-long tournament will commence from 14th June and the final will be played on July 15 at Luzhniki Stadium in Moscow.