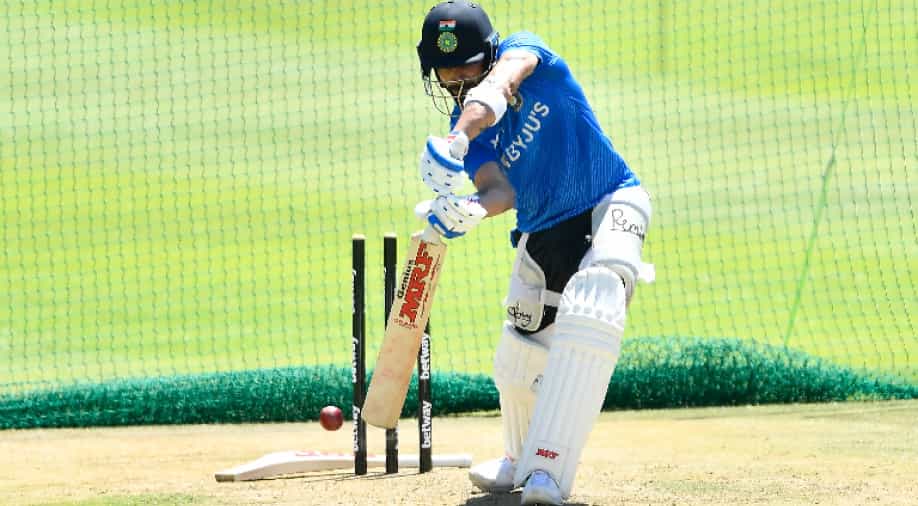 Virat Kohli gearing up for the third and final Test against South Africa. | @BCCI | Photograph:( Twitter )

Indian skipper Virat Kohli is likely to return to the playing XI for the series-deciding third Test against South Africa after missing the second game due to a back spasm.

Indian captain Virat Kohli hit the nets in Cape Town on Sunday (November 09) ahead of the start of the third and final Test match against South Africa. Kohli had missed the second Test against the Proteas in Johannesburg as the visitors slipped to a seven-wicket defeat. Kohli had to sit out due to a back spasm.

However, the Indian skipper seems to have recovered from the back issue as he was seen enjoying some batting practice at the Newlands on Sunday. Kohli is likely to make his comeback in the playing XI and lead the team in the third and final Test which will be a series-decider between the two teams.

The Board of Control for Cricket in India (BCCI) shared a few pictures from India's training session in Cape Town ahead of the third Test where Kohli was seen focused while batting in the nets. Earlier, India head coach Rahul Dravid had said Kohli was on track for recovery and will be fine after a couple of training sessions.

It's GO time here in Cape Town #TeamIndia all set and prepping for the series decider #SAvIND pic.twitter.com/RgPSPkNdk1

KL Rahul had led India in the second Test in Johannesburg in the absence of Virat Kohli as he made his captaincy debut in Tests for the Indian team. He led from the front and scored a gritty fifty to help India post 202 runs on the board in their first innings.

In reply, South Africa rode on half-centuries from Keegan Petersen and Temba Bavuma to score 229 runs and take a slight lead of 27 runs. India were skittled out for 266 runs in their second innings despite half-centuries from Cheteshwar Pujara and Ajinkya Rahane as they managed to set up a moderate target of 240 runs for the hosts.

South Africa skipper Dean Elgar turned out to be the hero for the Proteas in their second innings as he slammed a brilliant knock of unbeaten 96 to help the host chase down the total with seven wickets to spare. With the seven-wicket win, South Africa levelled the three-match series 1-1