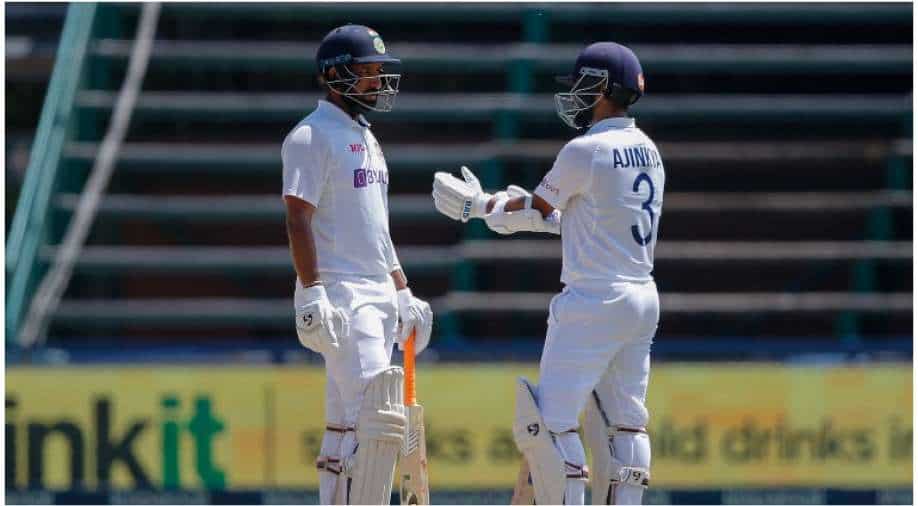 While India did fight hard during the course of the three Tests, in the African nation, the batters let the team down significantly. The likes of Cheteshwar Pujara, Ajinkya Rahane, Mayank Agarwal didn't do anything extra ordinary whereas Kohli's century-drought continues. Kohli opened up on Rahane and Pujara's future after the SA series:

India lost the three-match Test series versus South Africa on Friday (January 14) at Newlands, Cape Town. Defending 212, India had claimed two wickets of the Dean Elgar-led side at stumps on Day 3 with the hosts well placed at 101-2 on Thursday.

Day 4 produced only one wicket for Virat Kohli-led India as Keegan Petersen (82), Rassie van der Dussen and Temba Bavuma completed the formalities for the hosts as they won the contest by seven wickets to clinch the series 2-1, despite conceding a 1-0 lead.

While India did fight hard during the course of the three Tests, in the African nation, the batters let the team down significantly. The likes of Cheteshwar Pujara, Ajinkya Rahane, Mayank Agarwal didn't do anything extra ordinary whereas Kohli's century-drought continues. KL Rahul produced two good knocks but failed to capitalise on his starts on many occasions.

At the post-match press conference, Captain Kohli addressed India's batting woes and also opined on Pujara and Rahane. “Obviously, the batting has let us down in the last two games when we needed to step up. There is no running away from that. (On Pujara, Rahane) I cannot sit here and talk about what’s going to happen in the future. You’ll probably have to speak to the selectors about what they have in mind because this is not my job," he said.

Kohli added, "As I said before and I will say again, we will continue to back Cheteshwar and Ajinkya because of the kind of players they are, what they have done in Test cricket for India over the years, playing crucial knocks. In the second Test as well, you saw that important partnership in the second innings, which got us to a total that we could fight for. What the selectors have in mind, I cannot comment on that sitting here."

Kohli about Pujara-Rahane 👇. No clear indication about the future though.pic.twitter.com/O6QyJ43gct

Kohli & Co. will, however, be gutted to miss the golden opportunity to win their first-ever Test series in the rainbow nation.

The action will now move to the three-match ODI series, starting on January 19 at Paarl. India will be led by KL Rahul in limited-overs captain Rohit Sharma's absence.