Virat Kohli: 'The balance of ODI side is very good' 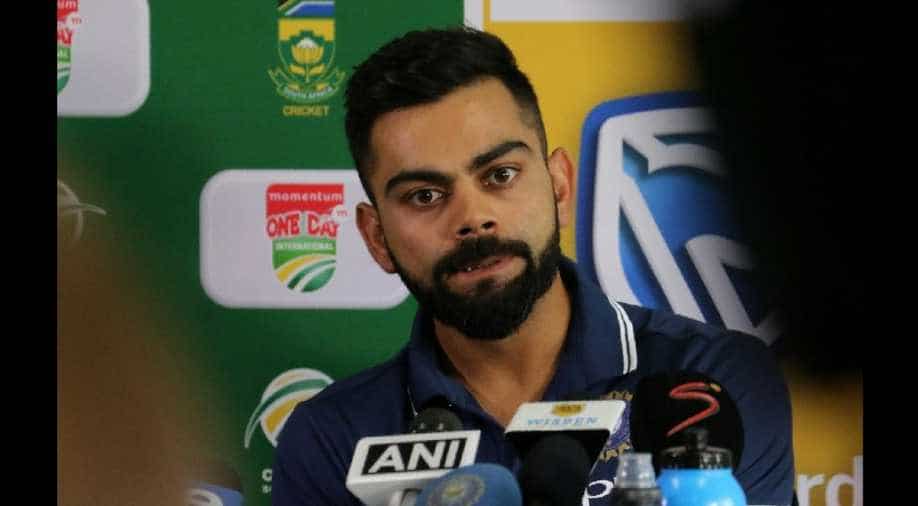 Virat Kohli speaks during a press conference on the eve of the first One Day International against South Africa. Photograph:( AFP )

If we talk about history, India has never won an ODI match in the Kingsmead, Durban and that's an additional pressure on skipper Virat Kohli and the team but it is expected that 'Men in blue' would start the ODI series with new energy.

Despite the odds that the team have faced in the recent past, Indian captain Virat Kohli is very confident about the line-up for the upcoming ODI series.

In a recent interview, he said: "The balance of ODI side is very good."

"India is the only team in the world to be blessed with two wrist spinners. Kedar Jadhav is doing a conventional job."

He also mentioned that Spinners might give a new boost to the team with their outstanding abilities.

Virat emphasised on the fact that, spinners give results on any pitch condition in the foreign as well as home soil.

Ahead of the ODI series, skipper Kohli said that the core of the team is settled and the number four spot is the only position where the team will look to experiment.

"The lower middle order is sorted, the combination is working well for the team."

We have experimented a lot with spot number four in the last few games and only this spot needs to be solidified.