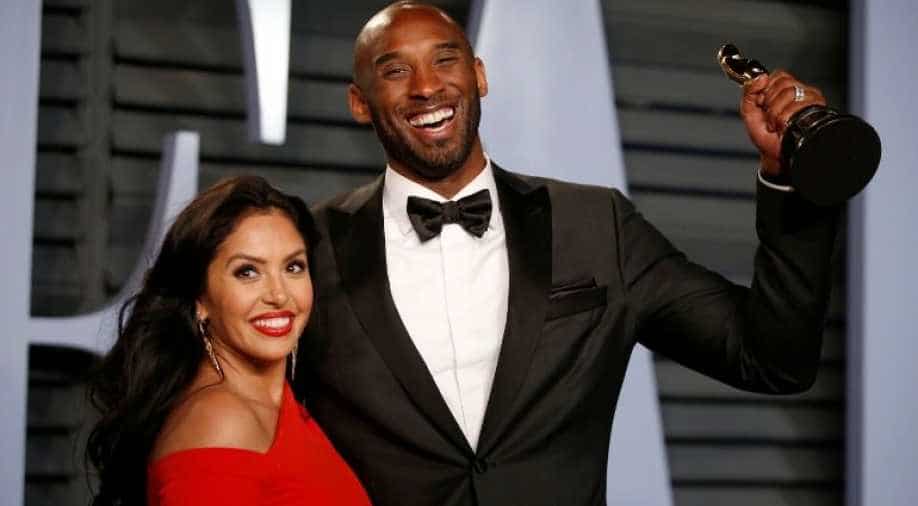 Vanessa was said to be heartbroken and numb after the death of her husband and her thirteen-year-old daughter. She captioned the post "#2, #24 #20 years as a Laker,".

She posted a heartfelt message on Instagram on Friday, she named it 'a celebration of life'.

Vanessa was said to be heartbroken and numb after the death of her husband and her thirteen-year-old daughter. She captioned the post "#2, #24 #20 years as a Laker,".

Gianna wore jersey number 2 in her school basketball team, and Kobe Bryant donned the jersey number 24 in later stages of his prolific 20-year career as a shooting guard for Los Angeles Lakers.

The event will take place on a day between two Lakers home games, but the rival Los Angeles Clippers will host the Memphis Grizzlies in an NBA game at the arena in downtown Los Angeles that night.

Staples Center's president, Lee Zeidman told LA times that getting the court ready for the game will not be an issue.

"Staples Center has hosted over 220 doubleheaders in its 20-year history," Zeidman said. "While this is going to be a very emotional day for the Bryant family, the Los Angeles Lakers, the city of Los Angeles, as well as for the men and women who work at Staples Center, we are very confident we will be ready for 6 p.m. doors opening for the Clippers-Memphis game following the ceremony."

She had made her Instagram page private after the crash but after a few days, it was public again. She had a new profile picture on it and gained almost 2 million followers. In the new profile photo, Kobe Bryant is seen hugging her young daughter Gianna. The picture was taken on February 14, 2016, before Bryant's final NBA All-Star Game.

Kobe married Vanessa in the year 2001, he succeeded by his wife and three daughters.

NBA's All-Star game has planned another tribute to the Lakers legend. The match will be played between Team Giannis and Team LeBron. Giannis will don jersey no. 24 to pay their homage to Kobe Bryant, whereas LeBron's team will wear jersey no. 2 to commemorate Gianna Bryant. He said they were given an option between these two jersey numbers and he picked Gianna's jersey number.