Use of strength attracted me to weightlifting: Jeremy Lalrinnunga 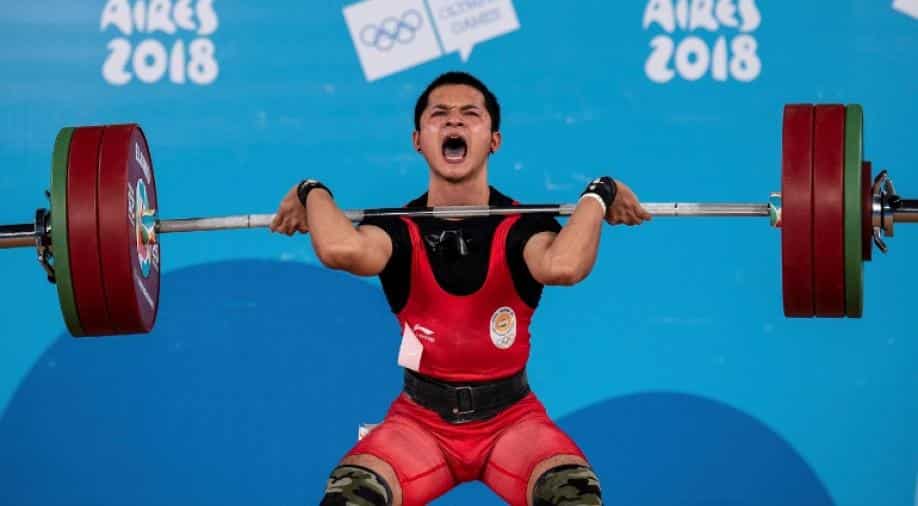 The 15-year-old created history by clinching India's first ever Youth Olympics gold after lifting a personal best total of 274kg in the men's 62kg weight category in Buenos Aires.

Newly crowned youth Olympic champion Jeremy Lalrinnunga wanted to follow the footsteps of his boxer father but no sooner did the teenager see the unadulterated use of strength in weightlifting he had his heart set on the sport.

"I am feeling really happy that I won the gold medal here," Lalrinnunga told PTI from the Argentine capital.

As his father Lalneihtluanga was a national level medal-winning boxer, Lalrinnunga himself aspired to become a pugilist from an early age but that changed when he learned about weightlifting.

"A new weightlifting academy opened in my village. The moment I saw it I wanted to try out the sport. I used to do boxing when I was younger but when I tried weightlifting I loved it.

"It's a sport that involves strength and that is the reason I love it," Lalrinnunga said.

Soon after an eight-year-old Lalrinnunga was enrolled at the Mizoram Weightlifting Academy. A year later he was sent to the Army Sports Institute to train in Pune.

"I have been training at the Army Sports Institute since 2012," the Aizawl boy said.

Starting off in the 50kg category, Lalrinnunga won the national gold but the teenager has struggled with maintaining his bodyweight. Jumping from 50kgs to 62kgs in a span of two years.

"As I was growing my height and weight was increasing. Then coach sir advised me to switch to 56kg. After shifting to 56kg also my body continued to grow and it was very difficult for me to maintain that weight, so we decided to go even higher switching to 62kgs."

However, weight issues were not the only obstacles in Lalrinnunga's Youth Olympics preparation, the teenager also contracted chicken pox months before the big event.

"I suffered from chicken pox in May so I had to gain back my strength for 62kg. My focus was on the Youth Olympics so I had to work very hard to recover and start training. I learned a lot of new techniques in the process. We focused mainly on strength training and perfecting the technique," Lalrinnunga said.

With the Youth Olympics gold under his belt, Lalrinnunga is already gearing up for the future. He is eyeing the Tokyo Olympics in 2020.

"I am returning to Patiala in October 21st. I have to train hard now for the Tokyo Olympics. I am going to change my body weight category to 67kg for the Olympics so I have to work harder," Lalrinnunga said.