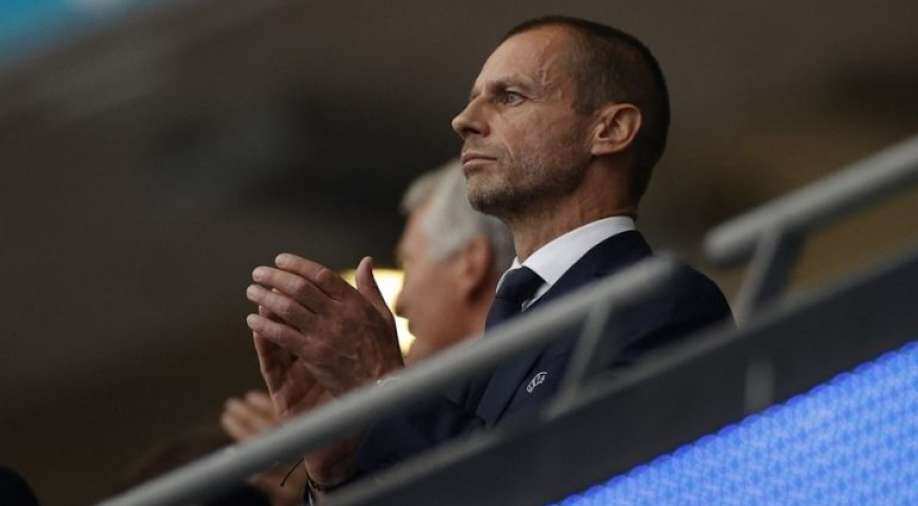 UEFA is set to launch a video aimed at players featuring doctors explaining the benefits of vaccinations.

UEFA president Aleksander Ceferin has urged players across Europe to get vaccinated as soon as possible against COVID-19 but said it was still a personal choice, for now.

UEFA is set to launch a video aimed at players featuring doctors explaining the benefits of vaccinations.

"For me, I believe in science and I got vaccinated," Ceferin told a news conference on Thursday.

"I think that they should get vaccinated as soon as possible but I still believe, for now, it is a personal choice," he added.

"We have to be smart, we have to explain things, people are not stupid, people understand when you explain, in a nice way not judging them, but explaining why vaccinating is good."

Ceferin said the video featured only doctors explaining the benefits of the vaccine as well as addressing questions about side-effects.

"I think that sooner or later, if not all, the vast majority will understand it," the Slovenian said.

The Premier League match between Leicester City and Tottenham Hotspur was postponed on Thursday after a number of positive cases in the Leicester squad, as outbreaks at clubs threaten to play havoc with the fixture list.