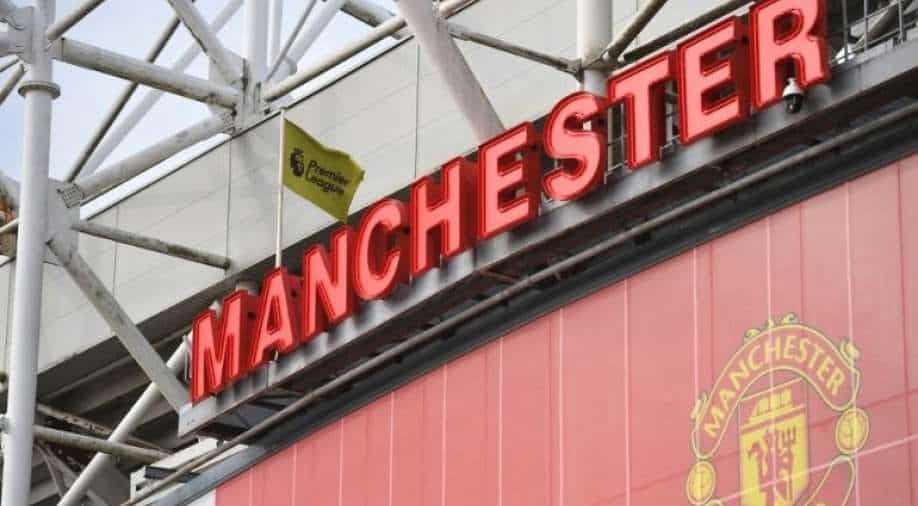 The Premier League has re-introduced "emergency measures" after announcing on Monday a record 42 new positive COVID cases in the past week. Players now need to take lateral flow tests every day and two PCR tests per week.

Leicester City's Premier League game against Tottenham Hotspur on Thursday and Manchester United`s home clash with Brighton and Hove Albion on Saturday have been postponed as rising COVID-19 cases threaten to play havoc with the season.

Thursday's announcements from the Premier League mean five games have been lost in the past week, although the league says it plans to continue with the current fixture schedule.

"While recognising a number of clubs are experiencing COVID-19 outbreaks, it is the League's intention to continue its current fixture schedule where safely possible," it said in a statement confirming the United postponement.

"The health and wellbeing of all concerned remains our priority."

Earlier in the day Brentford manager Thomas Frank called for all Premier League games in the coming week to be postponed to allow clubs to recover their depleted squads.

Tottenham, who reported 13 positive tests among players and staff, have had two Premier League games postponed after last week's trip to Brighton was also called off.

United have now had two games postponed after their trip to Brentford on Tuesday was called off after United's training ground was closed due to an outbreak of COVID-19.

United said on Thursday that they would "suspend football training operations at the Carrington Training Complex for a short period to help reduce risk of further transmission".

On Wednesday Burnley's home match with Watford was called off shortly before kickoff after Watford had reported positive tests. Brighton, Norwich City and Aston Villa have also reported cases as the omicron variant spreads rapidly across the country.

Leicester manager Brendan Rodgers on Wednesday criticised the Premier League after an initial request to have Thursday`s game against Tottenham postponed was turned down.

With December traditionally a packed fixture list, Rodgers, who had nine players unavailable, said lucrative TV deals were being prioritised over the health of players.

"I'm pretty sure that's the case," Rodgers told reporters when asked. "In terms of players, managers and coaches, we all want to play the games. Ultimately the health of a player is the priority. If players are available, you get a better product."

The Premier League said the decision to grant a postponement came after Leicester reported more cases.

"In light of the new information, Leicester applied this morning for the fixture to be called off due to an ongoing outbreak within the squad, which has resulted in more players and staff testing positive for COVID-19 today," it said.

"This has left the club with an insufficient number of players available to fulfil the game."

Brighton lost 1-0 to Wolverhampton Wanderers on Wednesday after an unsuccessful attempt to have the game postponed because of COVID cases.

Speaking on Thursday, Brentford boss Frank said he was dealing with 13 cases at the London club.

"The COVID cases are going through the roof at all Premier League clubs," Frank told a news conference.

"Everyone is dealing with it and everyone has a problem at this moment in time. To postpone this round (of Premier League games) and the Carabao Cup (League Cup) would give everyone a week at least to clean and do everything at the training ground so everything is fine and we break the chain at every club."

Two more Premier League games are scheduled for later on Thursday with Liverpool hosting Newcastle United and Chelsea at home to Everton. Chelsea are also reported to have players unavailable because of COVID-19.

There is then a full round of fixtures at the weekend before a hectic Christmas schedule -- with many games shown live on TV.

"We want to carry on but this way we can have Boxing Day going no problem, 100% sure of that," said Frank of his call for a pause. "We think that would be very sensible to do that."

The Premier League has re-introduced "emergency measures" after announcing on Monday a record 42 new positive COVID cases in the past week. Players now need to take lateral flow tests every day and two PCR tests per week.

League rules state that if a team cannot raise 14 players then a game can be postponed, although other factors, such as impact on preparation and whether or not there has been an "uncontrollable outbreak" are taken into account.

The Premier League's policy is to address postponements on a case-by-case basis.

It said United`s game against Brighton had been called off after the club reported additional cases on Thursday, leaving then unable to field a team.

The UK reported a record 78,000 new COVID-19 infections on Wednesday as the omicron variant takes hold. The government has pledged to offer booster vaccinations to all adults by the end of the year to try and stem the tide.

The Premier League last released data on vaccination levels of players in mid-October saying 81% of players had received at least one COVID-19 vaccination dose with 68% double vaccinated.