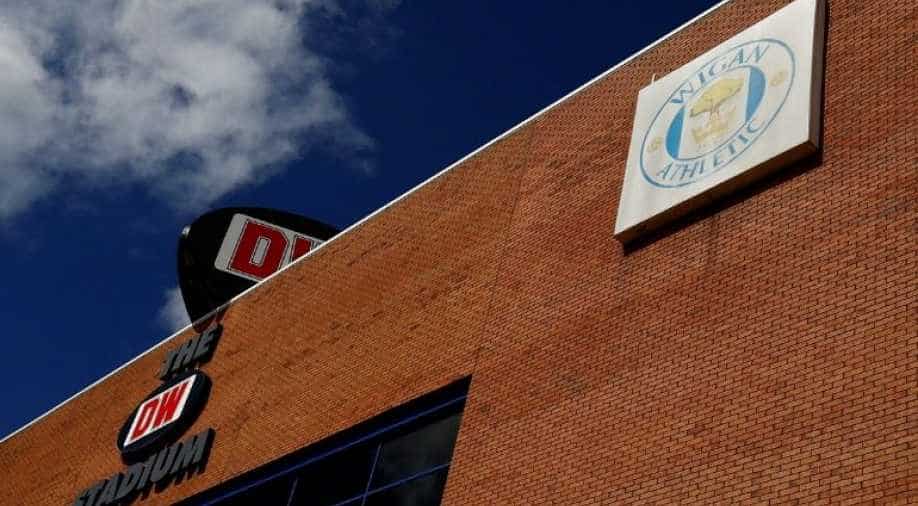 Twelve different parties have shown interest in buying Wigan Athletic and they must now prove they have necessary funds to progress in negotiations, said Gerald Krasner, a joint administrator of the Championship club.

Wigan entered administration on Wednesday -- the first professional English club to do so in the wake of the coronavirus pandemic -- and are set to be handed a 12-point penalty by the English Football League (EFL).

Krasner, Paul Stanley, and Dean Watson from Begbies Taylor have been appointed as joint administrators of the club, with Krasner saying the interested parties must now show proof of funds for at least 10 million pounds ($12.51 million).

"I'm going to send out today non-disclosure agreements and ask for proof of funds because you get some very peculiar people who want to buy football clubs that have got no money.

"When they've returned with proof of funds, those people will get details of what's for sale and then the serious negotiations will start, so I hope by the end of July - the end of the season - to have got serious interested parties on board."

Wigan were owned by the Whelan family until 2018 before being taken over by Hong Kong-based International Entertainment Corporation.

The club's ownership changed hands for the second time in two years when they were taken over by a Hong Kong-based consortium headed by Au Yeung Wai Kay in June.

Krasner said he will be contacting former Wigan owner Dave Whelan to see if he can help.

A number of Football League clubs could fall into administration due to the financial strain caused by the coronavirus pandemic, Krasner said.

"It is my personal view that there are a number of clubs in the lower divisions, League One and League Two, that may not survive by coming back," he added.

"There is possibly one more Championship club that may seriously be thinking about doing the same."